Calls for Presidential Commission to investigate all Judgement Debts unnecessary 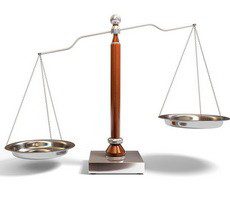 On 19th December 2011, I made history. The first Ghanaian to petition the Economic and Organized Crime Office (EOCO) to investigate politicians, whose actions have led the State of Ghana to lose money, including those paid in judgement debts.

The Investigations was to among other things,

“Identify all public officials who through the performance of duty and/or exercising of discretion may be complicit in any instance of financial loss found by your enquiry’’ and to recommend appropriate sanction against any and all officials found culpable in the affair of causing financial loss to the state through wilful negligence, etc’

‘I am convinced that your enquiry and findings will not only enhance our stature internationally in matters of financial propriety and transparency and build confidence in the tax-paying public of the state’s commitment to securing their best interest, but also, will go a long way to legitimize the moral obligation of continual tax payment by Ghanaians; many of whom get by on meagre earnings.’

Sadly, not much has been heard of the EOCO since I appeared before it on Monday 12 January 2012 with my lawyers to speak to my petition and the subsequent publication of its Interim Report.

It’s however fulfilling that my call for public accountability on judgment debt seven months ago, have finally gathered the needed momentum from the masses who are calling for a Presidential Commission to investigate all Judgement debt paid under the forth republic.

Unfortunately, those calls if heeded will amount to a duplication of function and perhaps a strain on public resources. The Ghanaian people must demand of the EOCO to immediately make its final report public. It (EOCO) had a presidential mandate since January 2012 to investigate all judgement debts paid under the fourth republic.