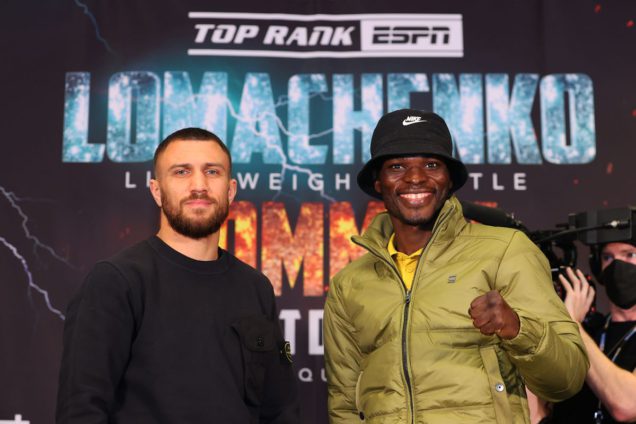 The month of November served up arguably some of the best fights we’ve seen in the last two years. Canelo Alvarez’s display against Caleb Plant to become undisputed Super middleweight champion, Crawford vs Porter was competitive until the decision of Kenny Porter to pull out his son, Jaimie Munguia showed against Gabriel Rosado that he could mix it up when need be, while Australia’s George Kambosos fought the fight of his life to become unified lightweight champion by beating Teofimo Lopez.  Notable mentions include Benavidez vs Davis and Fulton vs Figueroa.

All the above listed fights went pretty much as expected except Lopez vs Kambosos which threw up what many consider a shocker in Judge Don Trella’s scoring and the victor. Kambosos (19-0, 10 KOs) heading into last Saturday’s fight had odds and expectations stacked against him, his split decision wins over Lee Selby and Mickey Bey a major factor. Many predicted a middle round stoppage for Lopez but by the 7th round, the Aussie was firmly in control and when the bell went for the final time he had rewritten the script.

Don Trella’s 113-114 for Lopez was overruled by judges Glen Feldman and Frank Lombardi who scored it 115-112 and 115-111 respectively. Trella’s score is probably only matched by C.J Ross’ bizarre 114-114 in Mayweather vs Canelo. His inconsistency is emphasized by how he scored the first round 10-9 for Kambosos Jr, despite him sending Lopez crashing to the canvas and how awarded the tenth round 10-8 in Lopez’s favour after the American scored a knockdown of his own.

The outcome of the fight is telling but it’s the possibilities should Commey win that’s exciting from a Ghanaian perspective–the prospect of Richard Commey becoming a two time champion and possibly unlocking the door to some of the biggest fights in the division.His reputation is one of a likable character with boxing abilities above what many regard as above decent. He’s largely seen as the bogeyman of the division, one capable of causing an upset against any of the top rated fighters.

Victory against Vasyl Lomachenko puts Commey firmly in the world title conversation–a fight against Devin Haney has been talked up in the past and while it hasn’t materialized, there cannot be any reasonable excuse for it not to happen. A showdown against Gervonta wouldn’t be far-fetched either considering the American is fighting Isaac Cruz whose CV isn’t better than Commey. The chance to get victory an opponent like Commey will be too tempting to pass up. Make no mistake any fight involving Commey if he gets victory against Lomachenko will sell, pay per view events included.

There’s also the possibility of becoming Ghana’s first unified champion with talk of Saturday night’s winner facing George Kambosos Jnr for the three titles he took from Lopez. The Australian has talked up a match up against Haney for the status of undisputed champion but a fight against Commey will be far easier to make.

Talking victory and delivering victory are too very different things especially if the opponent comes in the shape of a Ukranian whose amateur record was talk of the boxing world before he turned professional. A solitary defeat in 397 fights, twice avenging his defeat and winning two Olympic gold in two weight classes screams quality. Such was his reputation and confidence he challenged for a world title fight in only his second fight-he lost but it only goes to reinforce the boxing colossus Commey is up against.

Beating Lomachenko is not an impossible task but it will require nothing short of a career best performance. Richard Commey will find himself in a chess match, competing against a grandmaster whose footwork and movement is among the best the sport has witnessed. Less than 40% of this fight will be about strength or power and yet it is where Commey is expected to earn his money and possibly victory. Fight management must start from the opening bell to avert the calamity we witnessed against Lopez. It’s hard to see RC winning on the scorecards but he’ll do significant damage with each landed blow, and this is why he must stay in the fight long enough to utilize his significant power and raw physical strength. Intense body punching will do Commey a lot of good but you suspect it’s something team Loma will prepare for. The Ukranian will most likely rely on counter punching giving Commey’s seeming inability to ground attacks.

A lot therefore will depend on how much Commey has unlearned and how much he’s learnt since that defeat to Lopez. Richard Commey stands on the brink of greatness. The fact doesn’t merely lie in beating one of the very best of this generation, it’s more in the possibilities that arises and what he could go on to achieve for himself and for Ghana boxing. It’s a tall order but Commey may well have the ladder to scale it.