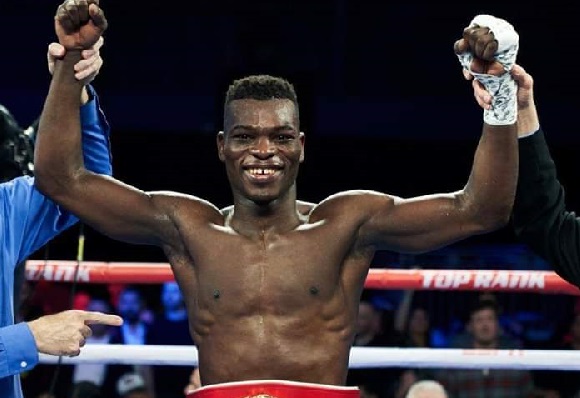 CEO of Streetwise Promotions, Mr Michael Amo-Bediako, who is the manager of Commey was also suspended by the GBA.

In a statement signed by the president of the GBA, Abraham Kotei Neequaye, they revoked courtesies paid on Commey as a Ghanaian professional boxer and suspend him indefinitely.

“In your case, you were seen in a viral video interview where you insulted and attacked the dignity of all GBA board members and maligned the activities of the Ghana Boxing Authority including the upcoming Ghana Professional Boxing League and maliciously attacked the integrity of GBA President without any provocations.“

“You said among other unprintable statements in the said interview that, you are not fighting under the flag of Ghana and for that matter, you are not under the GBA as the mandatory Professional Boxing Authority in Ghana.”

“The GBA deems your acts as serious misconduct and disrespect and therefore suspends you indefinitely and withdraw all required courtesies put on you as a Ghanaian professional boxer and a former world champion.”

Amo-Bediako’s suspension is also due to disrespect and also failure to pay the required percentage sum of their purse after the Lomanchenko fight to the GBA.

The GBA also believe Amo-Bediako the worrying phenomenon of side-lining of local coaches when Ghana boxers are due for the world title championship abroad is the reason for his suspension.

It is the second time the 33-year-old boxer has been suspended by the boxing governing body.

In 2020, Commey was handed a two-year ban for similar comments, but the ban was lifted in September 2021 when the new GBA administration came into office.