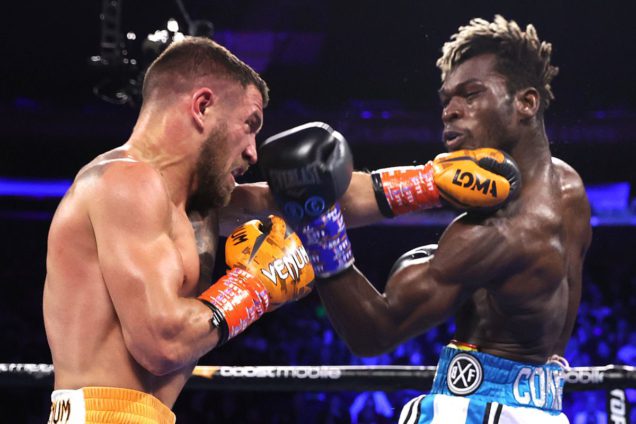 The former IBF Lightweight champion, who lost the status to Teofimo Lopez, was defeated by Lomachenko by unanimous decision in a lightweight division bout last weekend.

Commey, who was floored by Lomachenko in round 7 of the bout, struggled to find his footing in the round. However the Ghanaian displaying a resilient attitude to survive the round and complete all 12 rounds of the bout.

Commey, despite a slight resurgence in the consecutive bouts lost to Lomachenko with judges scoring the bout 117-110, 119-108 and 119-108 all in Lomachenko’s favor.

Neequaye believes Commey was not at his physical best on the night and should consider moving to the Super Lightweight.

“Throughout the fight, you could realize his legs were not that strong. He wasn’t too strong. He didn’t rehydrate well for the night of the fight. My advice is for him to move to Super Lightweight division if that is a problem. He didn’t gain enough strength on the fight night,” he said to JoySports.

Neequaye believes the boxer it in his locker to excel in the division.