Cash-to-sit-close-to-president: Akufo-Addo must speak up – Ablakwa 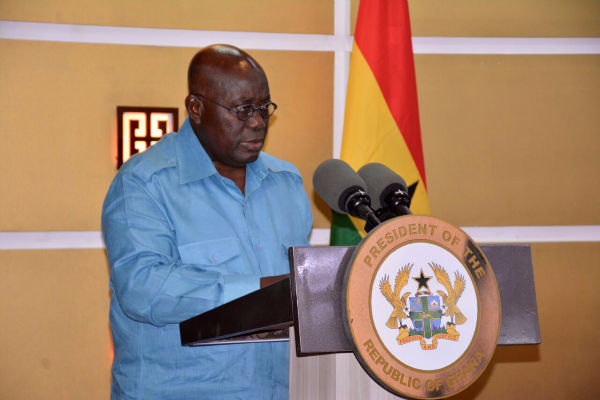 President Nana Akufo-Addo has been asked to explain, if he was aware of expatriates had to pay between $15,000 to $100,000 to sit close to him at a dinner event.

The Minority NDC say the President's silence on the matter which broke last week is worrying.

“Why is the president silent? Is it a tacit approval?…we need to hear the president on this,” North Tongu MP Samuel Okudzeto Ablakwa said on Joy FM Super Morning Show Wednesday.

It has emerged that the Trade ministry provided account details to collect dollar-denominated cheques from expatriates interested in sponsoring a dinner to award expatriates.

The ministry collected the money on behalf of the event organiser, Millennium Excellence Foundation, in order to assure the sponsors that the event was credible.

But the extent of the ministry's involvement has generated controversy over whether the presidency is being used for profiteering.

It is a charge the Trade ministry has strongly denied explaining the collected monies was given to the organisers according to the terms of a Memorandum of Understanding it signed with them.

A fuming deputy Trade minister Carlos Ahenkorah raised the temperature of the debate after he verbally assaulted North Tongu MP Okudzeto Ablakwa last Tuesday after Parliament's sitting was over.

Mr. Ablakwa maintains the Minority is clear "in our mind that this is corruption. Corruption is defined as using public office for private gains…It’s buying you access to the president and the proceeds we are not told what the thousands of dollars raised are going to be used for.”

He told the host of the Show, Kojo Yankson, that “it doesn’t do the image of any country any good that the president has been silent since last week when we raised this matter.”

“The presidency has been dragged into this and we know who is in charge of the president’s scheduling; was there an agreement that when you pay $100,000 you are guaranteed a private exclusive dinner with the president?”

He also demanded sanctions against state officials involved in order to serve as a deterrent.

“Those who came up with this thing which has been exposed have to be held responsible they have to be made to account; there has to be some sanctioning to deter others.

“Until the president put his foot down and punishes these things are going to continue,” he stated.

The Minority Chief Whip, Mohammed Muntaka Mubarak has signaled, the NDC MPs will be pushing for a parliamentary probe into the matter.

He said the tale of the event points to "something fishy going on".