CEO of FBN reveals how being vulnerable brings him millions 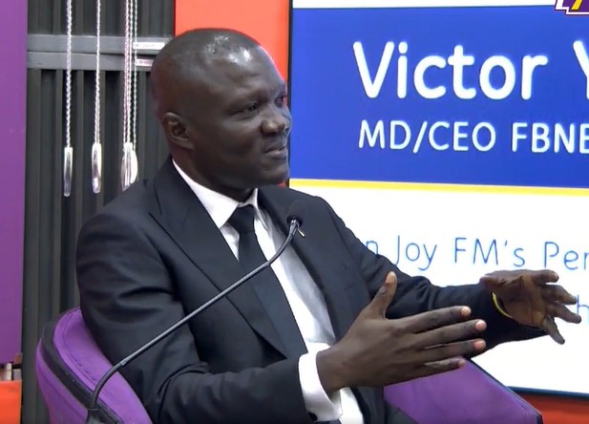 Chief Executive Officer of FBN Bank Ghana, Victor Y. Asante has revealed that one of his top secrets to success is making himself vulnerable to his employees.

According to the businessman, showing some level of vulnerability creates a conducive environment for employees to give off their maximum best, thus improving productivity which eventually translates into profits.

He stated that making yourself vulnerable proves ones humanity, something he indicated employees love to see in their bosses.

The businessman revealed that it took him six months connecting and opening himself up to the people he works with for the staff to feel comfortable working with him.

“This is an important habit to cultivate because it is up to you to prove to people that you are authentic, people are always looking out for authenticity at workplaces,” he said.

“Each time reconnect, go back and tell people that this is where we are going. Tell them how far you have come, what hasn’t worked, what you must change. Get feedback.

“Let them also tell you what they also think can be done right because sometimes people know more than you think they do but nobody has asked them so they don’t tell you anything,” he added.

He however intimated that this is a slow and tricky strategy, that could not be rushed although it sounded simple.

He also advised that entrepreneurs who ply this route must be very cautious and vigilant so that they are not taken advantage of.

The CEO also revealed that he declined two consecutive promotions from the Universal Merchant Bank to explore his capabilities and strengths with Stanchart Bank.

“You know you have to always lookout for the next challenge. I didn’t feel challenged there, you could see that you were missing something.

“Once you get to that stage there’s no stretch, it’s too comfortable. It’s better to go out there to get stretched, particularly at the early part of your career where you really need to make sure that you are training yourself and get yourself ready for the bigger challenges,” he added.

DISCLAIMER: The Views, Comments, Opinions, Contributions and Statements made by Readers and Contributors on this platform do not necessarily represent the views or policy of Multimedia Group Limited.
Tags:
FBNBank Ghana
Victor Y. Asante