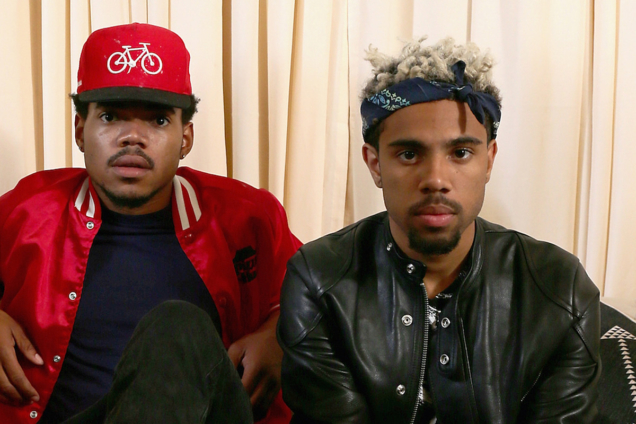 Occurring January 6, 2023 in Accra’s historic Black Star Square, Black Star Line Festival is a celebration of Pan-Africanism, building bridges between Black people and artists of The Diaspora with The Continent.

“Since 1957, Ghana has been a support system and stronghold for Black liberation globally,” explains Chance the Rapper. “This year Accra became a second home to me, and my Ghanaian friends have become my family. We’re incredibly humbled and honored to build something from the ground up that creates community and memories for Black people of the diaspora & continent for years to come. Akwaaba!!”

Historic Black Star Square is a monument to the political freedom that was fought for and won by Ghanaians in 1957. Ghana was the first Sub-Saharan African country to free itself from colonialism, under the leadership of its first president, Dr. Kwame Nkrumah –– many nations on the continent soon followed.

Dr. Nkrumah was inspired by Jamaican-Born revolutionary Marcus Garvey, who believed in a free Africa and a global connection between the people of the continent and Black people globally. When Dr. Nkrumah developed Ghana’s flag and principles, he insisted that these principles were key to the forward mobility of its people.

The Black Star Line was a symbol of pride, not only for Africans, but also for Black people in all ports of call. After nearly 40 years, the Ghanaian government launched their fleet with the same name, in homage to Garvey, and even added a black star to the country’s new flag.

In the days leading up to the concert, Black Star Line Festival will also host a week-long series of events and panels at cultural centers throughout Accra, starting the first week of January. The free gatherings will provide opportunities for education, enrichment and cultural diffusion. More details will be announced in the coming weeks.

Chance has spent 2022 intertwining the worlds of art, music and cinematography through groundbreaking work and installations, collaborating with artists from The Continent and The Diaspora. His new works include “Child of God” (collab with Gabonese artist and painter Naïla Opiangah), “A Bar About A Bar” (collab with Chicago-based painter Nikko Washington and filmmaker Troy Gueno), “The Highs & The Lows” feat. Joey Bada$$ (collab with Gabonese photographer Yannis Davy Guibingua) –– all of which celebrate Black artists. Chance’s newly released “YAH Know” features prominent Ghanaian artist King Promise.

DISCLAIMER: The Views, Comments, Opinions, Contributions and Statements made by Readers and Contributors on this platform do not necessarily represent the views or policy of Multimedia Group Limited.
Tags:
Black Star Line Festival
Chance The Rapper
Vic Mensa