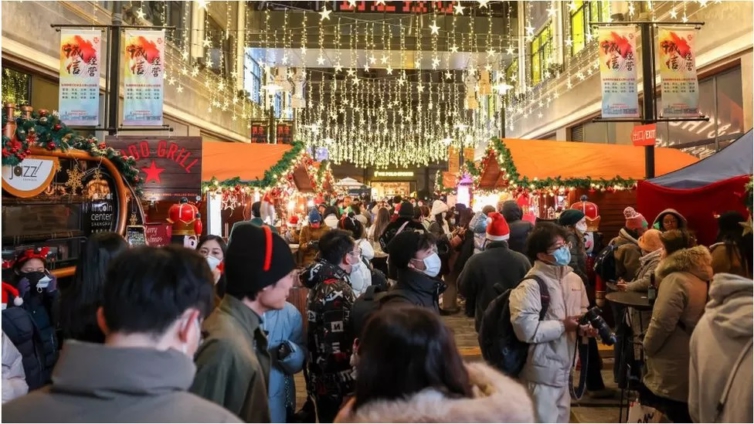 A top Chinese health official says he believes China is experiencing the first of three expected waves of Covid infections this winter.

The country is seeing a surge in cases since the lifting of its most severe restrictions earlier this month.

However, there are concerns that these numbers are an underestimate due to a recent reduction in Covid testing.

The government reported only 2,097 new daily cases on Sunday.

Epidemiologist Wu Zunyou has said he believes the current spike in infections would run until mid-January, while the second wave would then be triggered by mass travel in January around the week-long Lunar New Year celebrations which begin on 21 January. Millions of people usually travel at this time to spend the holiday with family.

The third surge in cases would run from late February to mid-March as people return to work after the holiday, Dr Wu said.

He told a conference on Saturday that current vaccinations levels offered a certain level of protection against the surges and had resulted in a drop in the number of severe cases.

Overall, China says more than 90% of its population has been fully vaccinated. However, less than half of people aged 80 and over have received three doses of vaccine. Elderly people are more likely to suffer severe Covid symptoms.

China has developed and produced its own vaccines, which have been shown to be less effective at protecting people against serious Covid illness and death than the mRNA vaccines used in much of the rest of the world.

Dr Wu’s comments come after a reputable US-based research institute reported earlier this week that it believed China could see over a million people die from Covid in 2023 following an explosion of cases.

The government hasn’t officially reported any Covid deaths since 7 December, when restrictions were lifted following mass protests against its zero-Covid policy. That included an end to mass testing.

However, there are anecdotal reports of deaths linked to Covid appearing in Beijing.

Hospitals there and in other cities are struggling to cope with a surge, which has also hit postal and catering services hard.

Meanwhile, China’s largest city, Shanghai, has ordered most of its schools to take classes online as cases soar.

DISCLAIMER: The Views, Comments, Opinions, Contributions and Statements made by Readers and Contributors on this platform do not necessarily represent the views or policy of Multimedia Group Limited.
Tags:
China Coronavirus