Commey takes on Lomachenko on Dec. 11 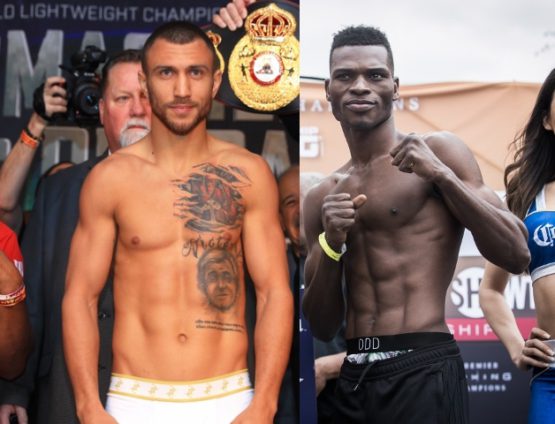 Commey (30-3) lost his IBF Lightweight belt to Teofimo Lopez in December 2019. He returned with a knockout win over Jackson Marinez in February this year but hasn’t fought since.

Long regarded by many as the pound-for-pound best fighter in the world, former three-division titleholder, Lomachenko surrendered his lightweight belts to Teofimo Lopez in October 2020.

He returned in June after having surgery to repair a torn rotator cuff to stop Masayoshi Nakatani in the ninth round.

The fight has been confirmed by promoters Top Rank.