Brooklyn-based startup Air Co. claims to have created the world’s first “carbon negative vodka” by capturing carbon dioxide captured from the air and using a solar-powered machine to turn it into ethanol.

According to Air Co. co-founder Gregory Constantine, each bottle of carbon-negative vodka sucks a pound of carbon dioxide from the air in its entire life cycle, or as much as eight full-grown trees.

Unlike traditional vodka, which is made by fermenting starch-rich grains like wheat, or potatoes, in a process that can create around 13 pounds of greenhouse gases, Air Co. vodka is made only with water and carbon dioxide, and its production process actually removes carbon dioxide from the air. 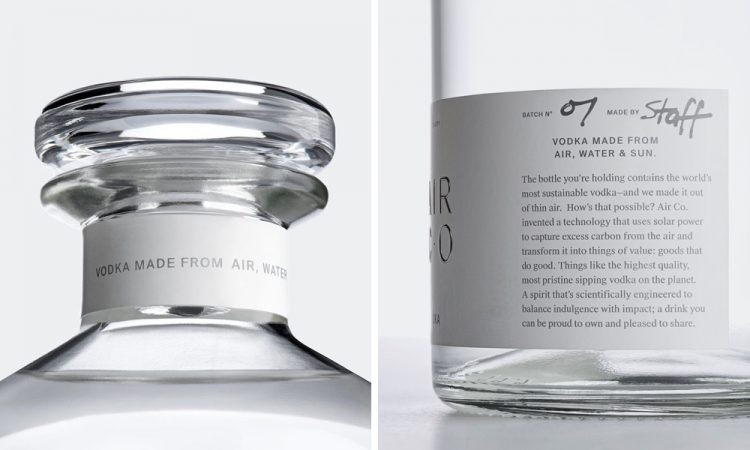 Stafford Sheehan, the other co-founder of Air Co., told Fast Company that the process used to create this unique vodka was “inspired by photosynthesis in nature, where plants breathe in CO2.

They take up water, and they use energy in the form of sunlight to make things like sugars and to make other higher-value hydrocarbons, with oxygen as the sole by-product. Same thing with our process: The only by-product is oxygen.”

Air Co. reportedly uses a small, solar-powered machine to pull CO2 from the air so the gas can be split into carbon and oxygen. The separated molecules are then mixed with water over a metal-based catalyst to form pure ethanol. 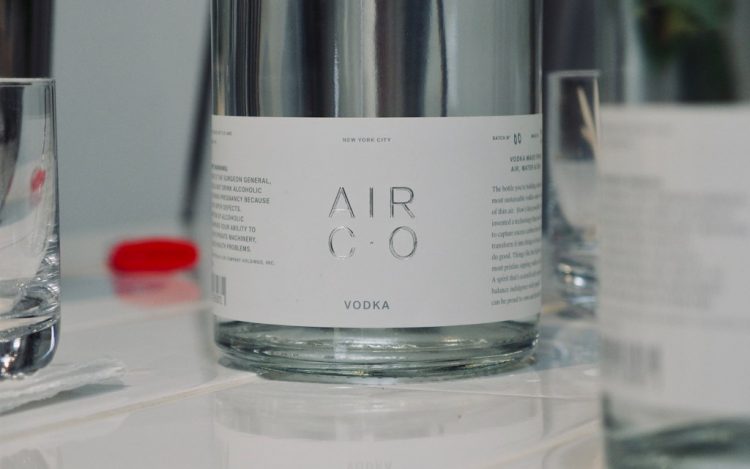 “Following conversion, we distill the 10% ethanol to 96.5% in a custom-built, 18-plate vodka still followed by additional proprietary, trade-secret processes to purify and dilute the ethanol to a 40% alcohol-by-volume vodka,” Sheehan explained, adding that the water is then removed via distilling, leaving behind the alcohol.

Not only is Air Co. vodka carbon negative, but it is also theoretically purer that traditional spirits, as it is free of the impurities that can be left behind from the fermented grains.

Air Co. is only releasing its innovative product to a few select bars and restaurants in New York City, at a price of $65 per bottle, but plans to expand distribution to other retailers in 2020. Carbon negative vodka is just the first step in the company’s long-term goal of becoming a lifestyle business. Its co-founders want to also create fragrances and home cleaning supplies using pure ethanol made from carbon dioxide, to reduce emissions of greenhouse gases.