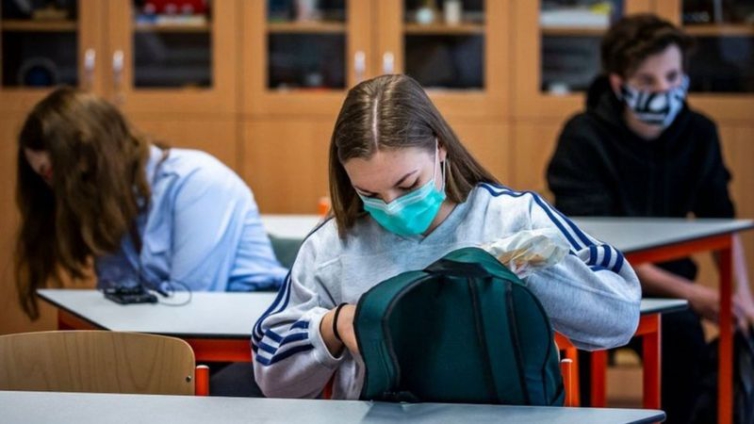 Czech school pupils will continue their learning at home

The Czech Republic is imposing a new three-week state of emergency from midnight (22:00 GMT) to combat coronavirus, shutting schools, bars and clubs and restricting restaurants to deliveries and takeaways.

Kindergartens will stay open and special provision will be made for the children of critical care workers.

The country has Europe’s highest rate of infection, adjusted for population.

The shutdown will last until 3 November, under the new rules agreed by the Czech government on Monday.

Public consumption of alcohol will be banned until then.

In its report for 13 October the EU’s European Centre for Disease Prevention and Control (ECDC) shows that confirmed new Covid cases in the Czech Republic in the past 14 days totalled 55,538 – higher than the 42,032 in neighbouring Germany, whose population is eight times bigger.