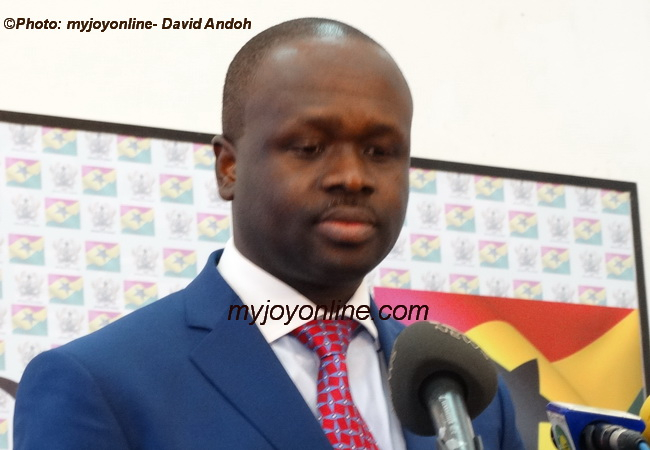 The Transparency International on Wednesday released its latest Corruption Perception Index which has sent many tongues wagging in Ghana.

Government has been quick to claim credit for the index which ranks Ghana as 7th best in the fight against corruption.

Critics have also been quick to chastise government for dropping by one percentage points from 48 in 2014 to 47 in 2015 which indicates a fall in performance.

A statement issued by the Communications Minister Dr Edward Omane Boamah shortly after the index was released yesterday said:

"We acknowledge the singling out of Ghana and Senegal for praise in the report on efforts made by the respective governments on one hand and social partners on the other to combat the menace."

"We note that though this performance is one point lower than that of 2014, it can be viewed within the context of the general performance of all countries. Ghana ranks 7th in Africa which means that apart from six African countries we performed better than all other countries on the continent and 112 countries worldwide.

"We commend all stakeholders who have genuinely contributed to this enviable feat as proclaimed by Transparency International," Dr Omane Boamah said.

But really is Ghana's performance that enviable? Myjoyonline.com takes a factual and objective analysis at the index from 2008 to 2015.

From 2008 right down to 2015, Ghana has been in the top 10 best performers in Africa as far as the fight against corruption is concerned. In fact the country was among the five best performers in 2008 and was only behind Botswana, South Africa, Namibia and Tunisia.

However the ranks may only be for bragging rights but the reality is that Ghana right from 2008 till date has failed to make the average mark of 50 points.

The index consistently says any country that scores below the 50 out of 100 indicates "serious levels of corruption in the public sector" of that country and Ghana has never made it above the 50 per cent mark from 2008-2015.

The report did not mention Ghana as doing better in 2015 as against 2014. Under the subtitle "Which countries improved? Which got worse?" Transparency International states:

"Some countries have improved in recent years – Greece, Senegal and the UK are among those that have seen a significant increase in scores since 2012.

"Others, including Australia, Brazil, Libya, Spain and Turkey, have deteriorated," the report said.

However in a press release issued in conjunction with the report, Transparency International applauded the citizens of Ghana and two other countries, for, on their own working hard to expose corrupt people in their respective countries.

"Yet in places like Guatemala, Sri Lanka and Ghana, citizen activists in groups and on their own worked hard to drive out the corrupt, sending a strong message that should encourage others to take decisive action in 2016," the report said.

Whilst citizens in these countries were directly praised for taking action against corruption, in Senegal, it was the government that the report praised for putting in measures to fight corruption in their country.

"Overall a number of countries have all improved in recent years, notably Senegal, which has risen significantly since the government introduced a series of anti-corruption measures," the report stated.

Even though the West African country, fell below the 50 per cent mark, it has consistently, from 2012 to 2015, experienced a rise in the corruption perception score which is an enviable feat.

The score for Ghana was also consistently rising but for the 2015 report which experienced a decline in one percentage point.

So based on these facts, can Ghana be said to have been singled out for praise and for performing enviably well in the 2015 corruption report?