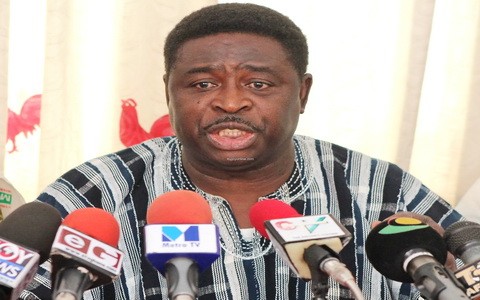 The aim was to outline the party’s programmes for workers in the country.

Dr Sakara said there was the need for Ghanaians to define the relevance of generations, which sought to build the human resource of the country.

He said the CPP stood for a political cause and that the party when voted into Government would reconnect with the TUC on its fundamental beliefs.

Dr Sakara said Ghanaians have a shared responsibility and vision, which is needed to build an economy that is human friendly and development oriented.

He said the CPP was deeply concerned about the youth unemployment that was directly affecting the country’s human resource base.

He said in solidarity with the TUC, the CPP would work towards improving the living standards of Ghanaians and promote social dialogue.

Mr Kofi Asamoah, Secretary General of the TUC, said the rights and laws that workers were enjoying now in the country was implemented by the CPP-led Dr Kwame Nkrumah and that the TUC has a long relationship with the CPP.

He said the TUC was fighting four major issues, which was job creation, rights of workers, social protection and social dialogue which would give workers the rights to contribute in decision making.

He thanked Dr Sakara and the CPP for making time to meet the leadership of the TUC and appealed to him to ensure that peace prevailed before, during and after the December 7th elections.