Crisis in NPP, what crisis? 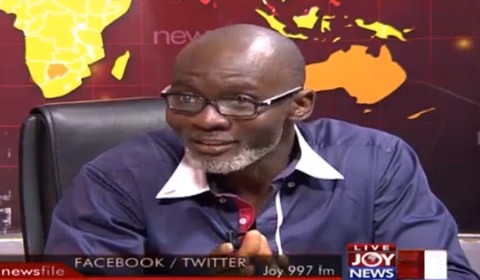 In the UK, lurid revelations have reopened old wounds on the poisonous relationship which laid the foundation for Labour’s defeat in 2010, between former Prime Minister Tony Blair and his main rival, his finance minister and successor, Gordon Brown and their rival camps.

Downing Street emails detailing the infighting, first, within Tony Blair’s own camp and betweenthat camp and the Gordon Brown camp for the leadership of the party in 2006 have been released, with the source of the leaks saying he has done so to remind Britain’s main opposition party “of the dangers of factionalism.”

The leaks are timely because another infighting is brewing up between the latest leadership camps within the Labour party, the Ed Miliband camp and the Ed Ball camp. But, what this tells us is nothing extraordinary. It tells us that infighting is only natural in the democratic dynamics of internal party politics.

There shall always be camps so long as there are positions to contest and fill. The key issue is to make the party leadership battle as less bloody as possible so that the wounds may be merely superficial — early to heal, early to regroup.

Writing in London’s Guardian newspaper last Friday, the source of the emails,Benjamin Wegg-Prosser, who at the time was Director of the Strategic Communications Unit at No. 10 Downing Street, said something with which both the New Patriotic Party and National Democratic Party in Ghana are very familiar.

He said, “The sheer emotional energy these scrapes consumed does not reflect well on any of the participants – me included. Everyone who participated in them, from ministers, MPs, advisers and many more civil servants than is ever acknowledged, should reflect on what else could have been achieved when we weren’t fighting.”

Again, this week, Gordon Brown’s spin doctor at the time, Damian McBride released his memoirs, ‘A Decade of Policy, Plots and Spin’, which describes the intra-party atmosphere of “rivalry, distrust and sniping” that left gaping wounds which contributed immensely to Labour party losing power to a weak Conservative Party that could only form a government in coalition with an even weaker Liberal Democrats in 2010.

In 2000, factionalism in the NDC played up fatally to make the party less attractive to the electorate. The imposition of Prof John Atta Mills on the party at the time, combined with two other damning factors, economic mismanagement and incumbency fatigue,influenced voters to bring the Danquah-Dombo-Busia tradition back into office after nearly three decades in the wilderness.

Fast-track to 2008, and this time, a combination of economic crisis, incumbency fatigue and factionalism, pushed a reluctant electorate to change government. In 2008, the New Patriotic Party lost power with the slimmest of margins in the history of presidential elections in Africa. The party knows that a big part of that defeat was caused by factionalism. It was as if, one camp was saying, “Ok, you say you’ve beaten us, try and win it by yourself and let’s see.” With the other camp retorting, “We beat you in spite of all your powers. We can win power with or without your help. Thank you very much!”

Whereas this was never heard being said, it was effectively the psychology with which the two clear camps within the NPP at the time, the Kufuor and Akufo-Addo camps, approached the election that was there for the ruling party’s taking in 2008.

After two successive election defeats since the bitter presidential primaries of 2007, there is a growing concern that the end of the 2012 presidential election challenge in court has seen the reawakening of the ugly head of factionalism from whatever half-sleep it was in. But, how real is this? I have my doubts.

It is very true that the bloody battles of 2007 mock war of a presidential primary saw the NPP approaching the real battlefield of 2008 with flesh wounds still fresh, in spite of conscious efforts at the top to apply plaster.

The 2010 primary, which saw Akufo-Addo receiving nearly 80% endorsement from the 107,000 delegates, made it obvious that the divisions were, to a large measure, exaggerated. The NDC was itself facing a more public feud with the Rawlingses snatching ferociously at the heels of the man who promised to hit the ground running only to hit it so hard that he merely ended up tearing ligaments.

Today, as the cycle of internal competition goes, the tables have turned on the NPP again. President John Mahamacertainly has his own baggage of internal problems, but so long as he still has a lot more boards and ambassadorial vacancies to fill, the voices of NDC discontent shall remain sotto voce– below Oman FM level.

There is no crisis in the NPP. In fact, what is happening now is very normal with politics everywhere. Vacancies are opening up and there are competent people readying to position themselves to fill them or to promote their people to contest.

Also, time has blurred the lines of the old factions and it can no longer be said that there is a clear struggle for power between an Akufo-Addo camp and a Kufuor/Kyerematen camp. Such are the dynamics and fluidity of internal democracy that sometimes what keeps the flames of old factions alive is half perception and half a search for belonging for some individuals.

Some people are only waiting to be made to feel welcome and a critical part of the whole. It calls for a delicate but sincere stretching of hands and embrace. It calls for effective communications across perceived lines of internal friction.

This is what the party, especially those who consider themselves ‘extra-loyal’ to Akufo-Addo, must recognise and work on. Much of what is happening right now in the NPP can be reduced to self-indulging punch-ups with kid gloves. All sides have a responsibility to regulate the rules of this engagement to ensure civility, opening the way for a joinder of forces.

It is obvious to every Ghanaian that Akufo-Addo still enjoys support from a large majority of the party. So, it is only natural that this popularity is reflected at every echelon of the party leadership, too — from the constituency level upwards. It is this that is fuelingsuspicion-fed tensions and anxieties among those seeking to contest incumbents at all levels (including the flagbearership). And, we must appreciate and respect the feelings of such people.

They have a responsibility to their individual and cliquish ambitions to ensure that the playing field is as level as possible. But, in pushing for what they see to be fair, they should also allow their thinking to be influenced by the superior aims of the association (the NPP) and endeavour to see things in their greater, ultimate objective, for the collective interest of the party towards the main object of political parties: which is to win power.

Proposals will eventually be evaluated by the wider political family whether or not they will benefit the party’s collective 2016 electoral efforts rather than whether they will inadvertently work against a particular candidate or camp. This must form the basis of esprit de corps that must guide and guard the processes of internal contests and re-organisation.

There are three important considerations here. One, whatever is being proposed must be supported by the constitution of the party, even is it is against established practice. Two, arguments for and against any proposal must be detailed, open, cogent, decent and, more importantly, encouraged. People should not be lambasted for expressing their views, whether such views are minority or not. People must not be insulted for going public. Going public allows the greater mass of the party membership and sympathisers to also contribute to the debate.Three, strive for consensus.

A party of the Danquah-Dombo-Busia tradition must not discourage free thought and the expression of same. What matters is that such expressions must be done not in hurtful ways. Not in ways that strain to the point of fracture the ligaments of camaraderie and fellowship. Keep it civil and decent.

It is also true that a very few notable avoidable utterances from a few national and regional executives have also fed the anxiety of the few. Tempers have flared; there has been some bloodletting. But, not enough blood has been lost to call for donation.

For internal politics, it is not everything that you can get away with by simply subjecting it to a simple majoritarian concept. The National Council may endorse a proposal, however controversial. Yet, that kind of victory may be empty if it ignorestaking sincere and reasonable steps to address the genuine concerns of the minority.

What matters now is consensus building within the NPP. Taking a hardline against a few dissidents is not the way as Labour found out the hard way. Tony Blair’s chief of staff, Jonathan Powell, said in 2007, in an email, “We cannot have the party give into the blackmail of a small number of MPs threatening continued instability while calling for stability.” In the end, that uncompromising attitude triggered a fight to an electoral death three years later.

Back in Ghana, a typical example is the proposal to hold the election of the NPP flagbearer earlier than the race for party office holders, as it has been the practice. There are strong points for and against the proposal.

Let it be debated passionately, openly but let it be done in sodality and with gregarious respect of a party that knows 2016 is there for the taking and, therefore, calls for a united front to go and do the taking.

I believe that early congress proposal cannot be said to have been made to benefit Nana Akufo-Addo as it is being feared. I do not think Akufo-Addo’s popularity in the party and across the land would wane by any material margin within the next 15 months, within which the leadership contest must be held. That proposal is, therefore, not worth its accompanying acrimony.

Nana Addo knows what is at stake. The unity of the party, the cries from the grassroots and the destiny of a nation ready for take-off but stuck in neutral on a slop, with bad brakes and a dodgy driver.

So, I know, things will soon simmer down, the NPP will have a series of vibrant internal contests, and will push to bring everybody on board to do what it takes to win power in 2016.

The party lost the 2012 elections, whether by fair or foul means, may be immaterial now. What matters is that it is stuck in opposition gear and must do what matters to move forward. The party knows that and it knows it has what it takes to win in 2016, at the end of the NDC’s second successive four-year term.

The NPP is strong. It has a strong support base across the country. What it must be doing now is THINKING. The rest of 2013 must be used to THINK and talk with each other and not at each other, to find a common, winnable strategy to win to serve the people of Ghana.

Ghanaians would never forgive the party if it failed to get its own act together within this period of reorganisation.

As Wegg-Prosser notes with the Labour party, the worry now is whether history will risks repeating itself, but this time between the two Eds, Ed Miliband and Ed Balls.

“When Labour returns to office, as it could do in less than two years, Ed Miliband will no doubt consider how the errors of the last generation should not be repeated by his. Drawing a line with the nastier politics of the Blair and Brown era, but not the sound policies, would be wise in my view.”