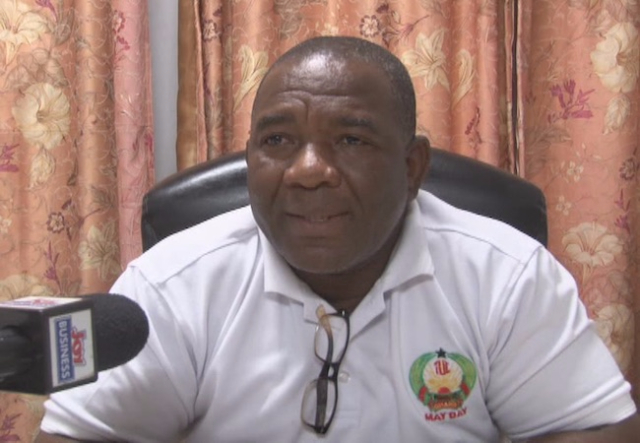 The Communication Workers Union (CWU) has welcomed moves by the original owners of Expresso Telecom, Kludjeson International Limited to take over the company.

Expresso Telecom has been embroiled in this ownership tussle since the early 2000’s – leading to its dwindling fortunes.

This led to the workers staging a protest about a year ago at their head office over management’s failure to duly pay their salary arrears and social security contributions for over 18months.

The workers blamed their woes on the failure of the National Communications Authority (NCA) to bring management and the board to task – as the industry regulator.

A delegation from Kludjeson International, however, met the concerned workers in the fourth week of August 2017 in a bid to settle their outstanding salaries and social security contributions.

The Executive Chairman, Prince Kofi Kludjeson says the way is now cleared to open a new chapter in the firm’s operations.

He spoke in an exclusive interview with Joy Business Editor, Emmanuel Agyei on the EXPRESSO-FILES series which seeks to provide insights and updates on the longstanding controversies surrounding the ownership of Expresso Telecom.

“We’ve been to court, so many times. We’ve been to Police station, EOCO and even the General Legal Council. But most of those issues have been resolved.  We’ve withdrawn the cases from court because the people that we sued have all left Ghana”

“All we are saying today is that we’ve gone far and we are taking over the company. We are currently the owners of the company and we’re going to pay workers.

“We are engaging everybody. We have engaged with the Sudanese and they said they were brought in as proxies. We met them in Dubai and it emerged that even the people who were here on their behalf were the American citizens. The evidence is with our lawyers, both internationally and locally” he noted.

Deputy General Secretary of the CWU, Joseph Hortor says they are ready to work with Kludjeson International in meeting the needs of the workers whilst turning the company’s fortunes around.“

“Since 2013 they were not paying our members and once a while they will just give them something small, sometimes they can pay them a quarter of their monthly salary.

"That was the problem so we started looking for who owns the company and up till today we’ve not found anybody until Mr. Kludjeson came into the picture”

“If they have cleared all issues surrounding who owns the company and even coming out to say it, why not? Because we are workers and we don’t own shares but we are social partners to whoever owns it and so we’ll welcome him. Our issue is that we have a lot of problems that he needs to tackle. We’ll like to engage him because we are the mother union” he concluded.