Cyril Ramaphosa has a recession on his hands

SA has plunged into a recession with a surprise 0.7% contraction in the second quarter of the year.

“We are in recession. We reported a contraction in the first quarter even with revisions and now in the second quarter with a fall of 0.7%, we are in a recession,” statistician-general Risenga Maluleke said in Pretoria on Tuesday.

This is despite expectations from many economists that SA would narrowly miss a recession. The Bloomberg consensus was 0.6% growth. 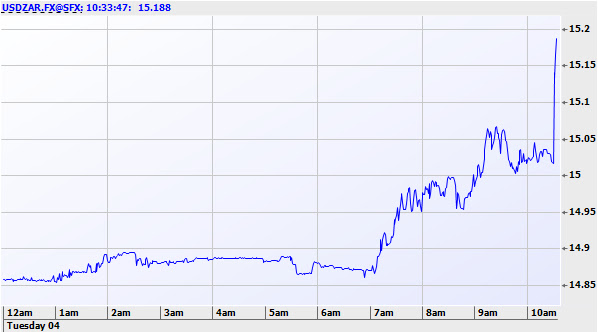 A recession is defined as two consecutive quarters of declining gross domestic product (GDP) and points to a prolonged slowdown in economic activity, which stunts job creation and damps investment.

Following the revisions to growth figures for 2017, this makes it the first recession since the global financial crisis.

This follows a dismal performance in the first quarter, when GDP shrank by a revised 2.6%. It was originally put at a 2.2% contraction.

The contraction was driven primarily by the primary sector, with agriculture offsetting the positive growth in the mining sector.

While the secondary sector, which is made up of manufacturing, electricity and construction saw some growth, this was damped by a 0.3% contraction in the manufacturing sector.

The decline in agriculture was driven by a drop in the production of field crops and horticultural products.

The GDP data underscored the pressure on consumers, with household spending posting its first decline since the first quarter of 2016.

Stats SA said expenditure on real GDP — which is the spending on goods and services produced in SA, including exports — fell by 0.9% in the second quarter, driven by a 1.3% fall in household spending.