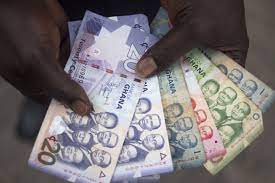 The Executive Secretary of the Ghana Association of Savings and Loans Companies (GHASALC), Tweneboa Kodua Boakye, says depositors are withdrawing their fixed deposits in panic.

The phenomenon he says has largely been fuelled by the uncertainty among the general public following the government’s announcement of its debt exchange programme.

The programme, which was announced by Finance Minister, Ken Ofori-Atta will result in a slash in interest payments for domestic bondholders to zero percent in 2023 and five percent in 2024.

Also, eligible domestic bondholders who fail to participate in the exercise may have their bonds transformed into liquid assets at a low cost.

Speaking on JoyNews’ PM Express Business Edition, Tweneboa Kodua, added that the already dire situation is being exacerbated by debtors defaulting on their loans.

He has called for the financial sector to be protected to avoid it crashing.

“Depositors are rushing in to take their fixed deposits. Those who don’t understand what is happening, they’re rushing to take their deposits and unfortunately those who are also owing the banking institutions are defaulting on their loans.

“And so we think that we have not gotten to the point where we should be experiencing this and therefore we all need to support the system. And as I said from the beginning, doing nothing is not an alternative. We all need to take pragmatic steps in protecting the financial sector.

“And I always say, if your banking sector or your financial sector is weak then your whole economy will crash. And therefore we all need to take steps that will protect the sanctity of the financial sector,” he said.

DISCLAIMER: The Views, Comments, Opinions, Contributions and Statements made by Readers and Contributors on this platform do not necessarily represent the views or policy of Multimedia Group Limited.
Tags:
GHASALC
Tweneboa Kodua Boakye