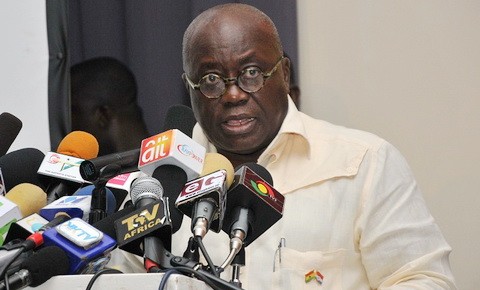 Moustapha Hamid, aide to the 2012 presidential candidate of the New Patriotic Party has dismissed claims by some critics that Nana Akufo-Addo has chosen the wrong time to declare his political future.

The two time failed presidential candidate is expected to announce his political future tomorrow after he took a temporary break from active politics late last year.

With the party yet to elect new national executives, some persons have questioned the decision by Akufo-Addo to announce his political future on Thursday.

They believed any pronouncement by the 2012 flagbearer could affect the fortunes of some aspiring national party executives.

Speaking to Joy News' Evans Mensah, the aide to the 2012 NPP flagbearer Moustapha Hamid said people are also anxious to know Akufo-Addo's political future and he cannot afford to wait any longer.

"When you delay it sends a signal of indecision and you don't need to be seen as indecisive," he said.

He added Akufo-Addo has made broader consultations with all stakeholders and would definitely make public his political future tomorrow.

He had already told Joy News it will be an "intelligent guess" for anybody to conclude that Akufo-Addo will run for the third time, adding the chances of he [Akufo-Addo] contesting the 2016 elections were between 90-95 per cent high.

Nana Akufo-Addo was said to have paid a visit to the Osu Mantse, Wednesday as part of his broader consultations with party elders, traditional rulers and the clergy.