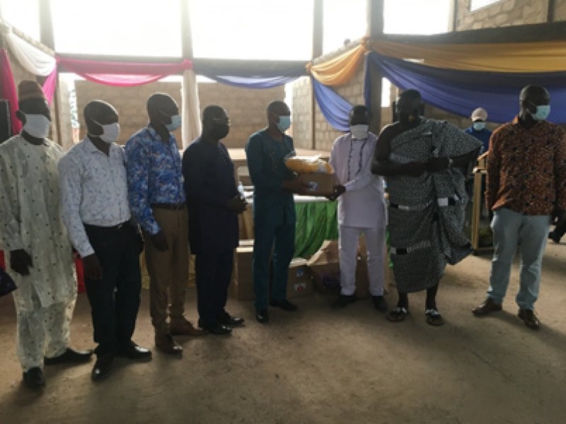 Member of Parliament (MP) for Kwadaso, Dr Kingsley Nyarko, has assured residents of Denkyemuoso and Atwima-Takyiman in the Ashanti Region of his commitment to fixing the road network in the area.

Speaking at a town hall meeting he organised, in collaboration with the Kwadaso Municipal Assembly and the Konrad Adenauer Stiftung at Atwima-Takyiman, Dr Nyarko said unity was key to promoting development in the communities.

The second in the series of the meeting, was to afford the MP and the Municipal Chief Executive (MCE), Mr Richmond Agyenim Boateng, the opportunity to learn at first hand the challenges facing the residents and how best they could be resolved.

Dr Nyarko said the town hall meeting was to provide residents the platform to discuss the development of their communities and suggest means of resolving them.

He appealed to the residents to unite to help develop the community to better their living conditions.

The MP said it was important for community members to decide the projects, which were of priority to them, for consideration and implementation.

Dr Nyarko also took the opportunity to appeal to residents to abide by the Covid-19 protocols to avoid getting infected.

The MP presented some face masks and hand sanitizers to the Assembly Member for distribution to the people.

He promised to work with the MCE and the executives of the constituency to help develop Denkyemuoso and Atwima-Takyiman.

Mr Richmond Agyenim Boateng, on his part, appealed to the people to rally behind the Assembly and the MP, to help bring the needed development to the community.

He said they should also strictly adhere to Covid-19 protocols to avoid getting infected.

Madam Grace Billi Kampitib, the Municipal Director of Health Services, stressed the need for all to strengthen efforts to combat the spread of the virus in the area.

Mr Yaw Bonah Boadi, the Chairman of the Kwadaso Constituency of the New Patriotic Party, appealed to the people to rally behind the MP and the MCE to help develop the area.

Nana Afriyie Takyi III, the Chief of Atwima-Takyiman, praised the MP for initiating the meeting to interact with the people to know their challenges and proffer solutions.

He appealed to the MP and MCE to help fix their roads.

The Kwadaso Municipal Assembly has currently recorded 115 confirmed cases of Covid-19 with seven deaths and 63 recoveries.