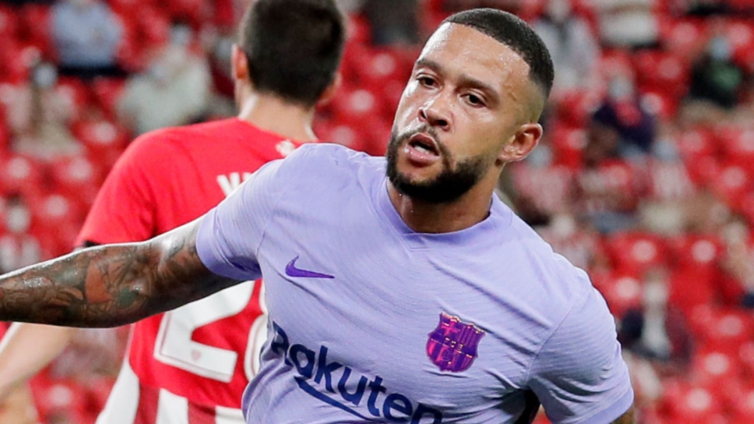 Barcelona moved to the top of La Liga on goals scored as Memphis Depay rescued a point in an entertaining draw at Athletic Bilbao.

Both sides hit the crossbar and passed up numerous chances to claim all three points.

Barca defender Eric Garcia was sent off in injury time for fouling Nico Williams when clean through.

There is no doubt Ronald Koeman’s side are in transition – the loss of Lionel Messi leaving them in search of a new talisman and trying to find new ways to win.

But in Depay, they may have a new hero. He scored a blistering first goal for the club and could have scored a winner, only to drag wide late on.

Bilbao had sensed weakness and tore into their illustrious visitors from the kick-off.

Gerard Pique limped off for Koeman’s side midway through the first half, and replacement Ronald Araujo had a spectacular goal disallowed for a foul by Martin Braithwaite.

Frenkie de Jong’s impudent chip almost levelled before Depay’s strike – but Koeman faces defensive issues for next week’s home match with Getafe after Garcia hauled down Williams in stoppage time and was sent off.

Title rivals Real Madrid and Atletico Madrid will have the chance to leapfrog Barcelona should they win their games on Sunday.