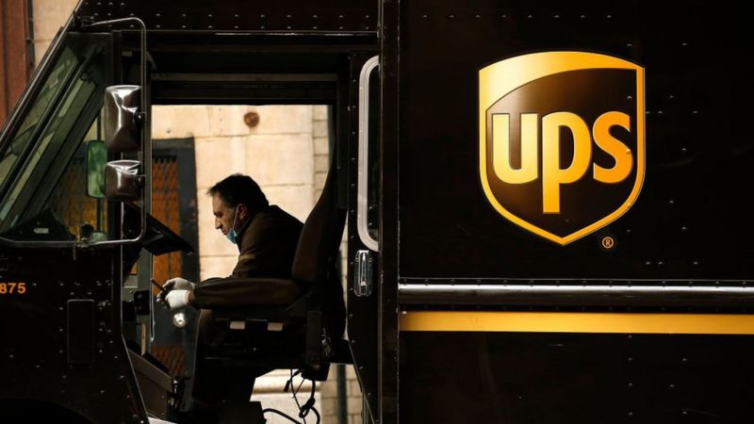 UPS says the new guidelines are part of an effort to “celebrate diversity rather than corporate restrictions”.

The company, which has more than 500,000 workers globally, has a long list of personal appearance guidelines.

Rules cover everything from hairstyles to the length of shorts. Hairstyles such as Afros and braids will now be allowed as UPS tackles bias, diversity and inclusion.

UPS says piercings should be limited to earrings and small facial ones, and must be “business-like”.

However, tattoos should still be covered up.

The strict rules were aimed mostly at public-facing employees like delivery drivers.

“These changes reflect our values and desire to have all UPS employees feel comfortable, genuine and authentic while providing service to our customers and interacting with the general public,” a spokesman told the BBC.

In May, UPS hired its first female chief executive, Carol Tomé. She “listened to feedback from employees and heard that changes in this area would make them more likely to recommend UPS as an employer”.

UPS workers were allowed to have a beard if they got a medical or religious exemption, often to referred to as “shaver waivers”.

However, in 2018 UPS paid $4.9m (£3.7m) to settle a religious discrimination lawsuit filed by the US Equal Employment Opportunity Commission over its rules on beards and hair length.

Workers have previously launched petitions to overturn the ban on beards.

The new policy allows facial hair like beards and moustaches “as long as they are worn in a business-like manner and don’t create a safety concern”, according to internal documents.