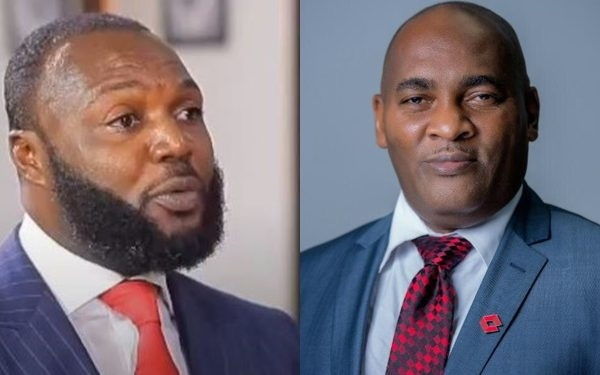 Businessman Dr Tetteh Nettey has made serious allegations about how he got involved in the Capital Bank case.

He alleges that officials of the collapsed bank coerced him to sign certain documents when the officials were invited by the Securities and Exchanges Commission (SEC).

This was when regulators had commenced investigations into the operations of the financial institutions.

He explained that he refused to sign the documents only to see the same documents during his trial with his signature.

The Bank of Ghana in 2017 revoked the banking license of Capital Bank, saying it was insolvent.

Dr Nettey, together with the bank’s founder, William Ato Essien and former Managing Director, Fitzgerald Odonkor, have been slapped with 26 charges, including stealing various sums worth over ¢260 million.

Dr Nettey is accused of assisting the two officials of the collapsed bank to dishonestly withdraw ¢130m of the bank’s funds and using same as capital to set up the defunct Sovereign Bank.

Chief State Attorney, Evelyn Keelson, on Thursday, March 31, confronted Dr Nettey with some documents showing his involvement in the transaction.

She also questioned him on whether he paid for his ¢32 million shares in Sovereign Bank. These shares the state alleges were paid for with money dishonestly taken from Capital Bank.

Prosecutor: You held shares in Sovereign Bank to the tune of ¢32.5 million. Is that right?

Dr Nettey: I held shares in trust for the first accused to the tune of ¢32.5 million. We signed documents like we did in the case of MC management, but unfortunately, the first accused did not give me my copies though I asked for that severally.

Prosecutor: On July 28, 2015, you signed a letter of engagement engaging All Time Capital as arrangers for Capital bank and MC management services. That is in evidence as exhibit JJJ.

Dr Nettey: My Lord, this document is foreign to me. The fact is MC management in one breath is said by the prosecution to have an address of P. O. Box 17308; in another breath is P. O. Box L1, Larterbiokorshie. This document states that the date on it is July 28 2015. The incorporation of MC management my Lord commenced on the 6th and 7th of October.

That aside, my Lord, in July, I was busily incorporating and listing the two businesses that I started from scratch on the Shana Stock Exchange. Working with the SEC and car brokers the whole of July and indeed August and September. I did not know about MC Management services. In fact, it was not in existence, according to the RGD.

Prosecutor: I am finally putting it to you that from your statement to the police and the signatures on the various documents which, you are now denying that you actually signed these documents, and your denial is only an afterthought.

Dr Nettey: These documents are fake; they are all a forgery. I did not draft them and didn’t know where they came from.

DISCLAIMER: The Views, Comments, Opinions, Contributions and Statements made by Readers and Contributors on this platform do not necessarily represent the views or policy of Multimedia Group Limited.
Tags:
Capital Bank
Dr Tetteh Nettey
William Ato Essien