Does he deserve a second chance? 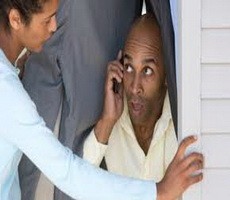 It’s hard to find a woman who has not been scorned, or to be a bit more blunt, screwed over by a man.

It’s just as hard to find a woman who has not at some point “overlooked” this and given the same man a second chance. Second chances leave many of us shaking our heads and rolling our eyes in horror at the thought.

The thing is, everyone is different and not all mistakes are the same, so how do you decide if he deserves a second chance?

Does He Deserve a Second Chance? How Many Chances Are Too Many?

In my humble opinion, there is a huge difference between being forgiven and being stupid. Sorry, but it’s true. For example, a man who continually feels the need to seek the “affections” of other women when he claims that you’re his one and only, should be kicked to the curb. He won’t change. Move on.

But, what if it’s a onetime thing? This may be a different story. I’m not condoning cheating, but people do make mistakes and often there are mitigating circumstances. Only you can decide if the circumstances warrant forgiveness and a second chance. But be honest, can you really forgive and move past the transgression? Because if not, the second chance won’t matter and you’ll only continue to prolong the pain.

Easy. No second chances, ever.

I’m not a big fan of lying and don’t surround myself with people who make a habit of it. But, we are all guilty of omitting things from time to time and changing a story to serve our purpose better. Is it okay? No, but it happens. What did they lie about? Only you can assess why the lie was told and determine if it’s forgivable and worthy of a second chance.

Be honest with yourself.

Staying for the Right Reasons? Let’s Get Real!

Why are you considering offering up a second chance and staying in a relationship where things aren’t all you hoped? Only you can honestly answer the question, so be honest with yourself.

Are you staying because you truly, deep down where nobody is looking, believe he’s the right man for you? If so, give it a chance. Can you picture a healthy, happy future based on what is, not what you want the relationship to be?

If so, give it another chance. Are you staying because you are scared to be alone or because it’s comfortable and you don’t have time to invest in another relationship? Or because nobody will ever love you like that again? Those reasons are not good enough for second chances because they are not signs of a healthy perspective. Move on.

The ramifications of staying and leaving are far greater and complex and I won’t comment on what’s best in those situations. Although, if the infraction is one of the above, you have some thinking to do.

You Don’t Know What Ya Got ‘til It’s Gone

I have no idea why men ask for second chances after they have royally screwed up but I have two theories. First, they really did make a mistake; they know it and are remorseful. Second, they enjoy the drama and are keeping you around for some of the reasons listed above. How do you know? You just know.

Just Be Honest With Yourself!