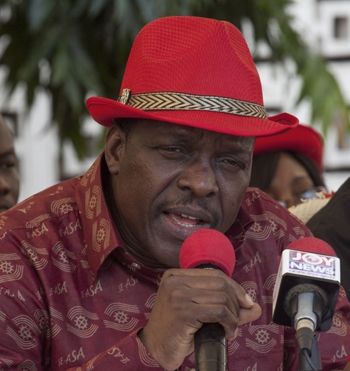 Mr Alban Kingsford Bagbin, Majority Leader of Parliament, has advised Ghanaians to exercise patience and bear with the Legislature in the delay in the passage of certain bills.

He emphasized that there are bills which are critical, and Parliament ought to study them well before they are passed, in order that their implementation will not create problems.

Mr Bagbin gave the advice when he addressed a parliamentary leadership forum organized by the Public Affairs Department of Parliament in Sunyani, on the theme: “Citizens’ Participation in Parliamentary Work: The Cornerstone of Parliamentary Democracy.”

Mr Bagbin observed that because Ghanaians had divergent cultural, ethnic, political and other social backgrounds, it sometimes became difficult for the legislature to study and pass laws that sought the interest of the majority of the people.

He regretted that in spite of the huge and important task of the Legislature, the State was not able to provide it with certain logistics to enable members to perform their national obligations creditably.

Mr Bagbin advised the Media to critically under-study the technical nature of Parliament, to be able to report accurately on parliamentary proceedings.

The Majority Leader acknowledged the important role of the Media in nurturing the country’s multi-party democracy, but pointed out that some Journalists lacked understanding of the core business of Parliament.

Mr Ebo Barton Oduro, First Deputy Speaker, said Parliament was reviewing its Standing Orders to make it mandatory for all Parliamentary Committees to sit in public.

He explained that currently it was only the Appointments Committees of Parliament which was required by law to sit in public, but the leadership was trying to open the House and its Committees to the public.

Mr Oduro noted that the trend in modern governance is to widen participation in the governance process by different shades of opinion and groups.

He explained that the forum was in furtherance of the cardinal principles of good governance, namely, accountability, transparency and participation, which he said, had compelled Parliament to pass a number of laws to deepen and strengthen accountability.

Mr Osei Kyei Mensah Bonsu, Minority Leader, said Members of Parliament understood each other in decision-making, despite their political differences and entreated supporters of the various political parties to do same.

He observed that the 1992 Constitution permitted each and every Ghanaian to join any political party, and therefore advised families and relations not to allow partisan politics to divide them.