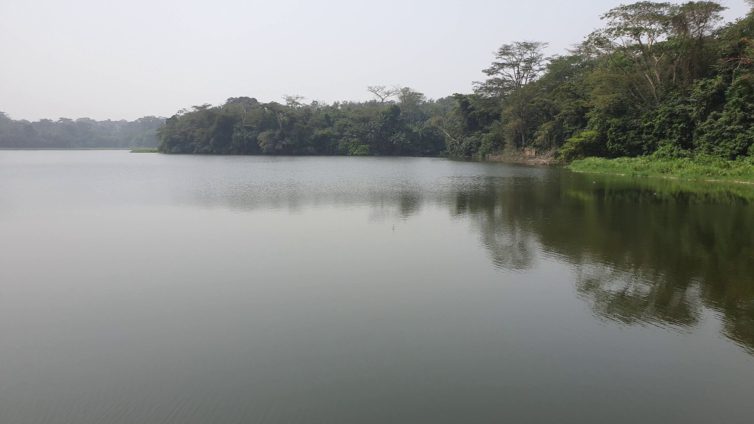 Millions of residents in Kumasi and its environs will no longer have to worry about imminent water shortage as dredging work is set to begin on the Owabi dam.

The contract, which will be completed in one and a half years, is being undertaken by Q3 General Construction and Civil Engineering Dredging Works Limited, a subsidiary of the McDan Group of companies.

The Owabi dam is one of two dams that serve as the main sources of water for millions of residents in the Kumasi Metropolis and its environs.

The dam serves the north-western part of the Kumasi Metropolis including Kwadaso, Asuoyeboah, Abuakwa, Nkawie, Akropong, and other surrounding areas.

The disposal of solid waste and sand winning activities have largely been implicated.

The intake point for raw water is choked, leaving the water to overflow its retaining walls.

Human encroachment has also eroded a portion of its forest cover, exposing it to environmental degradation.

It has therefore become crucial to dredge the dam to save residents from perennial flooding that threatens lives and property.

Station manager of Owabi Water Treatment Plant, Ing. Alfred Galenku assured that the dredging activities will not impact their operations.

“If the turbidity increases, we’ll just increase the amount of chemicals we use in production,” he said.

CEO of McDan Group of companies, Dr. Daniel Mckorley said measures have been put in place to ensure sustainability of the dam after the dredging works.

“We bought a machine which we’ll usually pass over the water to maintain the dam. This will be adhered to very strictly,” he said.