There is a new social media network launched in Egypt, EgyptFace is said to be a project by the government to rival the global tech giants, Facebook according to media reports.

The network comes about two weeks after the Communications Minister, Yasser Al-Qadi, announced that Egypt was set to launch its own social network.

Soon as Egypt Face was launched, a large number of people signed up for the new social network, some of whom called for their experience, although the site was still anonymous and was not endorsed by anyone,” a Lebanese news portal, An Nahar said.

They added that: As per the date of registration of the site’s domain egface.com, it was registered on March 14, two days after the statements of the Minister of Communications. “The domain registrar’s contact information and owner were also hidden,” the report added.

Here are some observations Africanews made after a visit to the site: 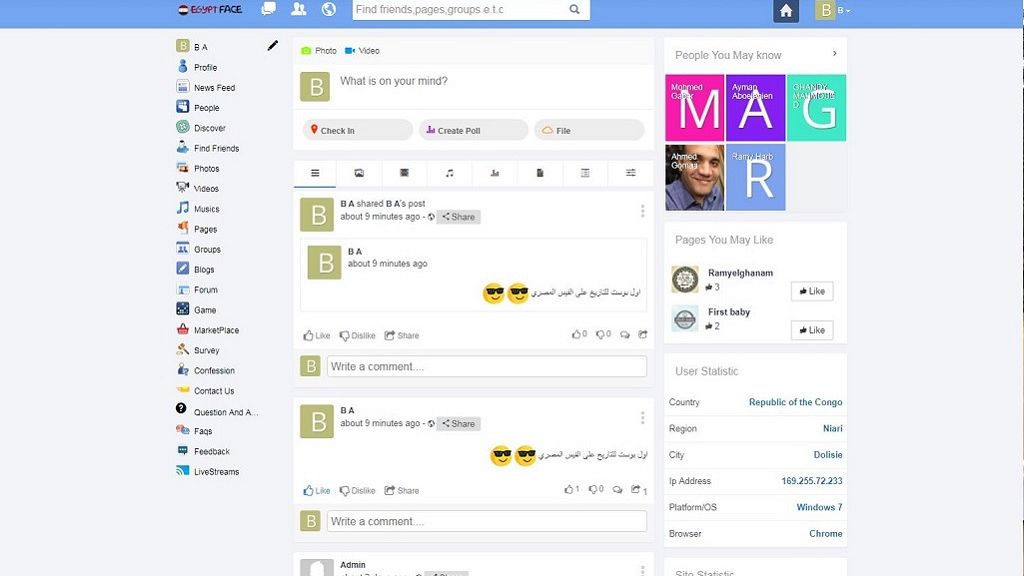 Egyptians online have roundly ridiculed the idea since it was announced on 12 March, many of them held that it was merely a ply by the government and intelligence agencies to gather information about users and monitor their accounts.

The north African country under president Abdul Fatteh Al-Sisi has routinely been accused of clamping down on online communication. Cairo has closed Facebook accounts whiles several online users have been arrested for “inciting against the state, army and police.”