According to the National Hajj Committee which oversees the welfare of the Ghanaian pilgrims, three people died as a result of the stampede that claimed over 700 lives last week.

The other five deaths are however not related to the stampede, Alhaji Rauf Tanko, Chairman of the Hajj committee said.

Alhaji Tanko said the Committee has started locating those who were injured in the stampede. Three have been found so far. Two are receiving treatment at the hospital while the other person has been brought to the Ghana camp in Mecca.

The chairman said the committee is moving from hospital to hospital in search of more pilgrims.

At least 54 Nigerians are known to have died in last Thursday's stampede.

It was the second disaster to strike in Meccca in a space of two weeks after a crane collapsed at the Grand Mosque killing 109 people.

The stampede is the deadliest in 25 years.

About 769 pilgrims died in the incident and more than 200 of the number are believed to be from Africa. 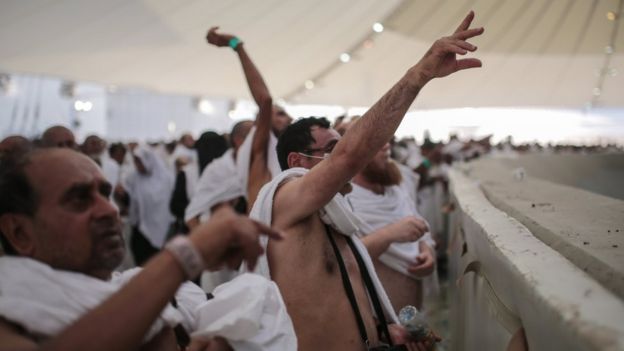 The stampede appears to have been caused when pilgrims converged at a junction in Mina to take part in the Hajj's last major rite – throwing stone at pillars called Jamarat – where Satan is believed to have tempted the Prophet Abraham.

Saudi Arabia's King Salman has ordered a safety review for the Hajj.

Offering condolences to the relatives of the dead and injured, King Salman said "we have instructed concerned authorities to review the operations plan and to raise the level of organisation and management to ensure that the guests of God perform their rituals in comfort and ease."