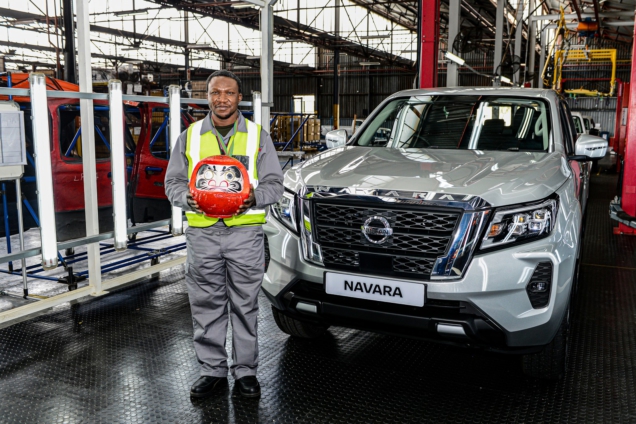 Emmanuel Penneh arrived back in Accra this week, ready to start the next phase of a journey that’s taken three years so far and still has an intensive eight months to run.

On Thursday 3 June 2021, the married 44-year-old father of three graduated with his team of 11 Ghanaians from an intense eight-week course at Nissan South Africa’s Rosslyn manufacturing plant outside Pretoria. That was just the first step for them.

Now the hard work begins, getting Ghana’s brand-new Nissan assembly plant in Tema, outside Accra, ready to begin re-assembling the first-ever Nissan Navaras to be built in Africa early in the New Year.

The graduation is a critical milestone in a process that began back in 2018 with the signing of the landmark Memorandum of Understanding between Nissan and government, followed by the drafting and promulgation of Ghana’s automotive development policy the following year and then the appointment of Japan Motors Trading Company (JMTC), as Nissan’s preferred partner last year to ensure that the new facility will be 100% Ghana owned and run.

Penneh is up for the challenge. Speaking at the special graduation ceremony held at the Rosslyn, SKD plant, he said he and his team were proud and honoured, excited and delighted.

“This is a historic evolution for Nissan Ghana, Nissan South Africa and Nissan worldwide. This is the plant where the Nissan Navara is being made for the first time in Africa, by Africans for Africa, now we are going home to re-assemble the first Navara made in Ghana for Ghana by Ghanaians!”

Penneh will be the plant manager. It’s a feather in the cap for the 10-year JMTC veteran. Before being approached to lead the team, Penneh was service coordinator for the group’s aftersales operations, overseeing five workshops across Ghana. He’s been in the automotive industry for 14 years, with four years at Man Truck Ghana before he joined JMTC.

“It’s exciting,” he says, “it gives a new dimension to my career. After concentrating on the after-sales aspect, I’m now coming into the industry that actually builds the vehicles.”

The eight-week training that the team underwent in South Africa had been gruelling, he said, they had no idea what to expect.

“It was challenging coming fresh into this industry and discovering so many processes and rules and mastering them, but it’s been exciting.”

He’s exceptionally proud of the team he led to South Africa and the way they’ve conducted themselves.

“This (the creation of a Nissan assembly plant in Ghana) is going to be a game-changer for ourselves, but also for our country, creating jobs, upskilling people and creating opportunities for local brand ownership.”