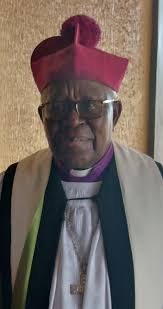 He said politicians ought to be driven by a sense of public service with an uncompromising ability to advance ideas for improving the common well-being and promote the interest of the citizenry.

The former Archbishop was speaking in an exclusive interview with the Ghana News Agency (GNA) ahead of the 2020 Presidential and Parliamentary elections in December.

He mentioned leadership, integrity, accountability, openness, selflessness, and honesty as some defining features that elected representatives ought to exude in their bids to lead the people.

These traits, he noted, were nonexistent in recent times as persons who came forth to be elected as representatives of the people were driven by self-serving greed bereft of honesty, decency, and altruism.

“When persons receive their political party’s nod to represent the people as Parliamentarians one wonders whether they have the genuine desire to serve the people or intend to use those positions as conduits to milk the nation dry,” he questioned.

“Also, when it comes to the Presidential ticket, only the rich are able purchase nomination forms right from the party level to the national level, and as a result, those who do not have the financial strength are left to their faith, ” he added.

According to him, there was no guarantee that when they were given the mandate to serve, they would become responsible lawmakers and leaders in general.

He bemoaned the country’s politics which he said appeared somewhat cynical and self-serving and reinforced the sense that there was some level of public distrust in public service.

He advised persons who sought the people’s mandate to be committed to duty and the nation rather than their own selfish interest and sinister desires.

He  called on politicians, the youth and the general public to desist from the use of intemperate and provocative language as that had the tendency of plunging the country into chaos.

“Let us go into this year’s elections knowing that we’re one people with a common desire for development, ” Most Rev’d Okine, who retired from Episcopal Ministry in 2003, said.

DISCLAIMER: The Views, Comments, Opinions, Contributions and Statements made by Readers and Contributors on this platform do not necessarily represent the views or policy of Multimedia Group Limited.
Tags:
Archbishop Emeritus
Elections 2020
Robert Garshong Allotey Okine