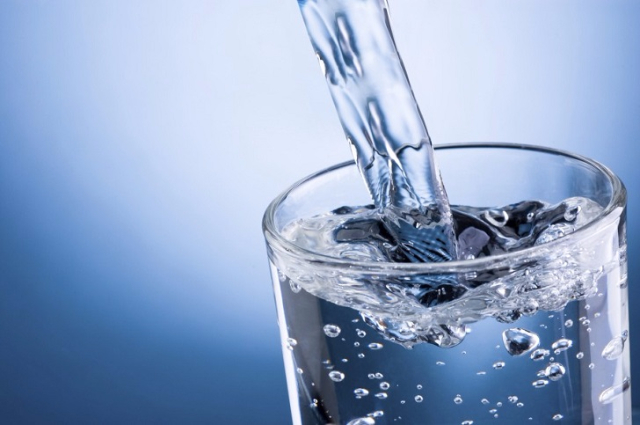 Increased levels of prenatal fluoride exposure may be associated with lower cognitive function in children, a new study says.

The study, published Tuesday in the journal Environmental Health Perspectives, evaluated nearly 300 sets of mothers and children in Mexico and tested the children twice for cognitive development over the course of 12 years. Fluoride is not added to public water supplies in Mexico, but people are exposed through naturally occurring fluoride in water and fluoridated salt and supplements.

The study found a drop in scores on intelligence tests for every 0.5 milligram-per-liter increase in fluoride exposure beyond 0.8 milligrams per liter found in urine. However, although the researchers found a potential connection to a child's exposure to fluoride in utero, they found no significant influence from fluoride exposure on brain development once a child was born.

"Childhood exposure to fluoride is safer than prenatal. There is pretty good science now to support the fact that the fetal system tends to be more sensitive to environmental toxicants than once the child is born," said the study's lead author, Howard Hu, founding dean of the Dalla Lana School of Public Health at the University of Toronto.

On average, the researchers found that the mothers had 0.90 milligrams per liter of fluoride in their urine. Currently, there have been no such measurements for pregnant American women. There are similar measurements from a study in Poland that found healthy pregnant women to have fluoride levels just less than what was found in the Mexican women.

"The levels in this population that were measured in urine were high, but not crazy high," said Linda Birnbaum, director of the National Institute of Environmental Health Sciences. Birnbaum was not involved in the study.

Most Americans get fluoride from public water

About 75% of Americans are exposed to fluoride through public water, the main route of exposure aside from toothpaste and mouth rinses. The US Centers for Disease Control and Prevention has called water fluoridation one of the 10 greatest public health achievements of the past century. Since fluoride was introduced into community water over 70 years ago, the CDC says, there has been a 25% reduction in cavities in children and adults.

Fluoride is commonly added to drinking water in the United States in order to improve dental health, though a number of communities including Portland, Oregon, and Tucson, Arizona, have rejected water fluoridation.

What the new research means for pregnant women in the United States is up in the air. Hu cautioned that this was just one study. "It needs to be reproduced in other populations by other scientists," he said.

Because the study evaluated samples that had been collected for other studies, researchers weren't able to determine specific levels of fluoride exposure.

"That's a big unknown. We don't have the whole picture," said Dr. Angeles Martinez-Mier of the Indiana University School of Dentistry, another researcher involved with the study.

However, despite these limitations, this is one of the most rigorous studies to look at fluoride and neurodevelopment, Hu said. It is the largest and longest study to evaluate fluoride exposure and its impact on the developing brain.

Fluoride as a neurotoxin

Birnbaum agreed that some caution should be taken when evaluating the significance of this study. But she also pointed out that it raised significant questions.

"There have been similar findings related to exposure to fluoride and IQ from children in China. So this observation or association has been reported before," said Birnbaum.

Previous studies have found fluoride to be a potential neurotoxin at extremely high levels. Many of these studies have been conducted in China, where fluoride levels in water can be as high as 30 milligrams per liter.

Chronic excessive intake of fluoride can lead to discoloration of teeth and skeletal fluorosis, a condition that results in extreme joint and skeletal pain.

Many of the Chinese studies were unable to control for other potential neurotoxins such as lead or mercury. The new Mexican study controlled for those two neurotoxins, along with socioeconomic status and education.

'A single piece in a very large puzzle'

"This new study is a welcome addition to the overall body of scientific literature pertaining to fluoride," said Matt Jacob of the nonprofit Children's Dental Health Project. "Every new study is like a single piece in a very large puzzle. It is helpful, but the degree to which it is helpful depends on several elements, including the study's design and how well it controlled for other factors."

The American Dental Association said the study's findings "are not applicable to the U.S. The ADA continues to endorse fluoridation of public water as the most effective public health measure to prevent tooth decay."

Both Jacob and the ADA pointed out a study done in New Zealand, a country that has community water fluoridation similar to the United States, found no connection between fluoridated water and IQ. However, the New Zealand study did not look at levels of fluoride in utero.

And while Birnbaum agreed that the study provided no concrete answers, she said it "is raising the issue and that we should pay attention to this."

Scientists agree that extreme fluoride levels, like those sometimes found in China, can have neurodevelopmental risks. But as the study also points out, fluoridation also "substantially reduces the prevalence and incidence of dental caries."

Trying to determine what that dose needs to be is what scientists are trying to zero in on.