Freedom of speech is not stifled under Akufo-Addo – Mac Manu 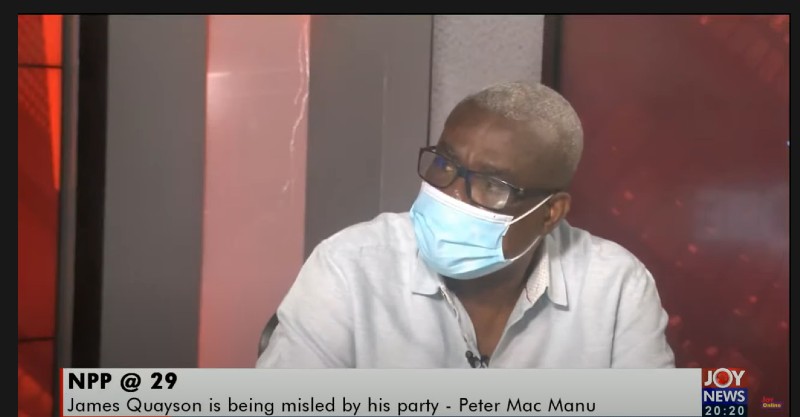 Former National Chairman for the governing New Patriotic Party (NPP) has challenged claims that the Akufo-Addo government has suppressed freedom of speech in the country.

Speaking on Sunday, on JoyNews’ The Probe, Peter Mac Manu told host Emefa Apawu that such claims baffle him, and questioned the grounds on which they are being made.

“I cannot understand why a party in government led by Nana Addo Dankwa Akufo-Addo, a man who brought freedom of speech to its peak in this country will turn his back against the same thing he fought for over the years,” he said.

Following numerous harsh treatment meted out to journalists, including undercover investigators Ahmed Hussein Suale who paid the ultimate price and Manasseh Azure Awuni, who sojourned in South Africa over attacks, the government has been criticised.

Also, there was a shutdown of some media houses believed to be anti-NPP.

Statesman Sam Jonah expressed concern over the issue of media freedom, stating that the country is crawling back into the culture of silence.

But in response, Mr Manu challenged the claim.

“I don’t know where they are getting those sentiments. They think by so doing; they can attract sympathy from voters. But the reality on the ground does not support what they are saying,” he said.

He also noted that Twitter’s choice of Ghana as its headquarters in Africa indicates the freedom of speech enjoyed in the country.

Mr Mac Manu further stated that President Akufo-Addo has been an active voice in championing democracy, therefore, he cannot be tagged as a person who is opposed to Freedom of Speech.

DISCLAIMER: The Views, Comments, Opinions, Contributions and Statements made by Readers and Contributors on this platform do not necessarily represent the views or policy of Multimedia Group Limited.
Tags:
Freedom of Speech