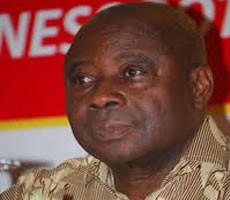 The Association of Ghana Industries (AGI)is worried the recent hike in prices of petroleum products could lead to layoffs and increase the cost of doing business.

According the Association, the increase is too steep for a sector that is already grappling with high cost of production and credit.

The National Petroleum Authority last month announced a 15 to 30 percent increase in prices of petroleum products at the pumps.

This was influenced by government’s decision to withdraw petroleum subsidies.

But President of AGI Nana Owusu Afari tells Joy Business industries may be forced to layoff workers while others could fold up.

“Already, if you look at the story from the Ghana Statistical Service, the manufacturing industry on which every economy depends, in Ghana it is the other way round. And that is where we are concerned.”

The President of AGI stated that it was unfortunate that the industries were not consulted before the increase, adding that plan by government to cushion workers against the hikes by increasing salaries is not the best way to solve the problem.