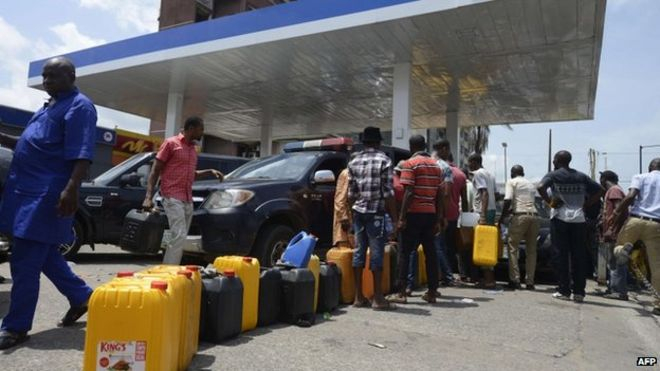 Ghana’s fuel supplies are expected to face serious disruptions due to the unanticipated shut-down of the Tema Oil Refinery (TOR), and port congestion facing the oil companies, energy think-tank Institute for Energy Security has said.

The Principal Research Analyst of the Petroleum Unit of the Institute, Richmond Rockson said in a statement that the current situation is compelling oil companies to postpone their import and export programmes; amid acute discharge and loading constraint.

"As a result, stocks of the two main petroleum products consumed in the country have fallen short of the mandatory strategic level of 6-weeks, at a time when economic activities have picked up across the country after the General Election and Christmas festivities.

According to him, at the close of business Tuesday, the country’s stock of Gasoline and Gasoil at both the TOR and the Bulk Oil Storage and Transportation Company (BOST) installations across the country was 86,000 metric tonnes.

"Also, the stocks held in-tank at Bulk Oil Distribution Companies (BDC’s) facilities in Tema stood at 24,750 metric tonnes. A year ago, the combined stock of these fuel stood at 451,200 metric tonnes; a little above the mandatory 6- weeks requirement.

"Today [Tuesday], the stock of gasoline and gasoil combined can meet just 13-days of fuel supply. The last time the country came close to this situation was June 2014 and this actually resulted in fuel shortages in the Country."

He said in the statement that the current situation was anticipated when the explosion of the Furnace occurred at TOR few weeks ago adding "That was the moment when the government and relevant agencies should have taken the necessary steps to forestall any such incident, especially when it was followed up with a disruption of the Conventional Buoy Mooring (CBM) facility in Tema."

The National Petroleum Authority (NPA) revised the Laycan for vessels prior to the explosion at TOR but it failed to produce any positive result especially due to the low discharge and loading flow-rate from the Tema Oil jetty to oil installations in Tema.

Mr Rockson said in the statement that "if the fuel discharge and loading constraints, coupled with the shut-down of the Refinery persist, the situation will create fuel shortage across the country within the next few weeks."

The Institute for Energy Security, is therefore, calling on the quarters concerned in ensuring fuel security to as a matter of urgency increase fuel supplies for strategic reserves in order to avoid the imminent threat facing the country.

IES has also noted unfairness in the use of the Tema Oil Jetty which will result in the shortage of LPG in the coming days. IES has found out that, while an LPG vessel belonging to BOST has been at anchorage since January 23, 2017, awaiting space to discharge their products, Fuel Trade within the period has discharged more than two vessels of LPG through the Oil Jetty from January 23, 2017, till date.

This practice of unfairness is going to cost the taxpayer an amount of $440,000 in demurrage from January 23, 2017, to date and still counting.

IES is calling on the NPA to discharge its duties fairly in the deregulated downstream petroleum industry by ensuring value for money for all players in the industry and that the taxpayer is not burdened with cost at the expense of private players whose motive is purely profit driven.