It was the most disastrous product recall in the history of the mobile phone industry. Now, a year on from the exploding Galaxy Note 7 fiasco, Samsung has unveiled the new version of its giant smartphone.

It should be a nervous moment for a company which has had what sounds like a catastrophic year. First, the self-combusting handsets did untold damage to Samsung's brand, then the arrest of the company's boss on corruption charges battered its reputation further.

But here's a funny thing – the Korean company can afford to be pretty relaxed about the Note 8. Because even before the phone goes on sale, the company's record results and soaring share price show that the crises of the past year have done little damage to its bottom line.

What is more, the prospects for the Note 8 look rosy. The new version features the biggest screen of any mainstream phone, along with new multi-tasking capabilities, and a dual lens rear camera with optical image stabilisation.

The S Pen stylus that comes with the Note, and is seen by Samsung as a key draw, has also been upgraded so that you can produce fine writing even if the screen is wet. 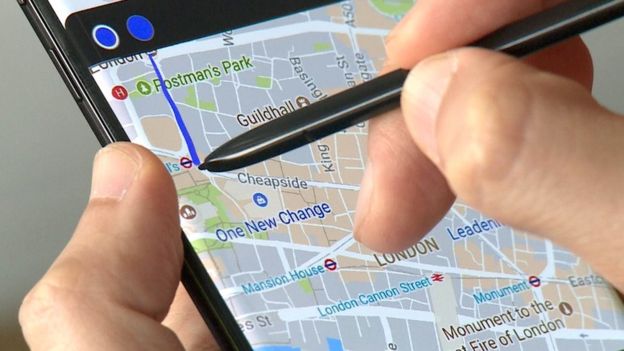 The original Note, launched in 2011, started the trend for larger screens. I remember trying it out on a street in Barcelona and feeling foolish holding this enormous slab to my ear. "What is that?" exclaimed a passer-by whom I had stopped to ask for directions.

But today, with so many other giant phones on the market, the Note 8 does not look or feel outlandish – indeed one problem for Samsung may be making it stand out from the crowd. It is also one of the more expensive smartphones on the market at an eye-popping £869 in the UK.

It does however have a fiercely loyal army of fans, who have now waited two years for a new device. You might have thought that the fact that the Note 7 became so notorious that airline pilots warned customers not to bring one on board would have lessened their devotion.

But Samsung Europe's Phil Lander says a survey of users tells a different story: "They're very loyal – eight out of 10 respondents said the word 'love' in association with their smartphone. Three out of four said it was the best smartphone they'd ever had." 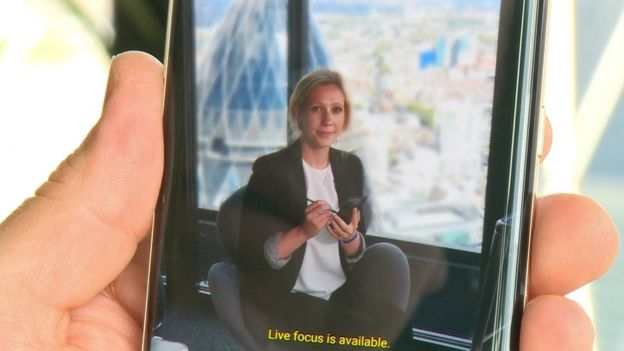 Ben Wood, who analyses the mobile phone industry for CCS Insight, is not surprised that Samsung has weathered the storm over the exploding Note.

But he is impressed by the sheer stubbornness the company has shown in relaunching the phone.

"You have to admire their grit and determination," he says. "I thought the Samsung brand would recover but the Note brand was more open to question."

He says the buzz around the new Note is good, with reports of plenty of pent-up demand, A successful debut will mean that, with the Galaxy S8 and S8+, Samsung once again dominates the market in high-end Android phones.

The company has also been eager to make plenty of noise about the Note before Apple's latest iPhone, expected in September, grabs all the attention.

Samsung believes that it has consistently introduced new innovations, from bigger screens to better cameras, before its rival, and may hope that some Apple users will be lured away.

Ben Wood is sceptical: "It's proved just about impossible to lever iPhones out of their users' hands."

That leaves things back where they have been for much of the past decade, with two companies dominating the mobile market.

"It's a two-horse race outside China," Mr Wood adds.

The past week has seen launches from the reborn Nokia, and from Android founder Andy Rubin's new Essential phone business. But neither looks likely to win a fraction of the sales – or profits – that Samsung will get from the Note 8. 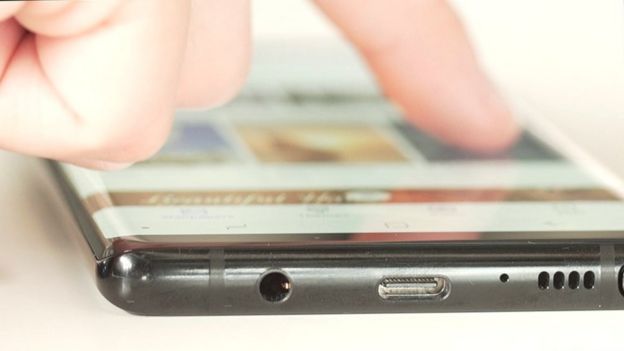 Unlike the iPhone 7, Samsung has opted to retain a traditional headphone socket on its new handset

The drama is not over for Samsung.

On Friday, its former boss Lee Jae-yong is in court again, with prosecutors seeking a 12-year jail sentence for his alleged role in a bribery scandal. But if its rivals hoped the company would take its eye off the ball, they have been disappointed.

Samsung sails on, its course unaltered by the squalls of the past year.