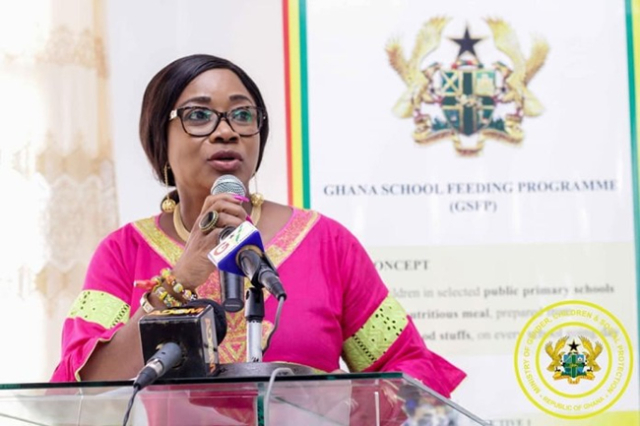 Minister of Gender, Children and Social Protection Cynthia Morrison has advised young girls to adhere to personal security measures to prevent being kidnapped.

They should at all times avoid the company of bad friends and relatives they could not trust, and desist from walking in darkness to prevent any possibility of being kidnapped by unscrupulous persons.

Mrs. Morrison gave the advice at the opening of the “Third Mentorship and Girls Empowerment Summit -2019” organised by the Central Regional Department of Gender in Cape Coast.

Her advice comes in the wake of recent kidnapping cases being recorded in the country, which has created fear and Panic among the general public.

It was supported by the United Nations Population Fund (UNFPA), Global Affairs in collaboration with the Ghana Education Service (GES) and the Regional Coordinating Council.

Mrs. Morrison, described the recent kidnapping cases as unfortunate and pledged the Ministry’s commitment to collaborate with all relevant agencies to end the disheartening occurrences.

Equally, she admonished parents to prioritise the security of their children and wards especially to-and-from school, church and at home.

Thywill Eyra Kpe, the Regional Director of the Department of Gender, advised adolescent girls on the need to abstain from early sex, which could expose them to undesirable conditions such as teenage pregnancy, Sexually Transmitted Infections (STIs) and child marriage among others.

Mrs. Kpe said the face-to-face interaction with the adolescent girls was an opportunity for the Department of Gender to discover issues that affected their studies and which often led to school dropouts among many teenage girls.

She told parents to cater properly for their wards and said the lack of proper parental care often exposed teenage girls to unnecessary peer influence.