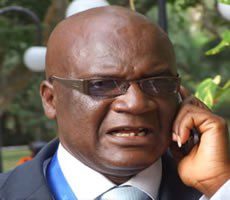 Information reaching Joy Sports has confirmed that the Vice Chairman of the Ghana Football Association, Mr Jordan Anagblah, is dead.

The CEO of Tudu Mighty Jets started battling illness at the 2012 Africa Cup of Nations in January after complaining of stomach pains.

But the illness worsened on their return from the tournament in Gabon and Equatorial Guinea and was unable to attend several meetings at the GFA.

A family source confirmed to Joy Sports that Anagblah, who was the leader of Ghana’s U20 side that won Africa’s first and only U20 World Cup title in 2009, passed away at the SSNIT hospital in Accra on Thursday.

Anagblah, who was also the chairman of the Greater Accra Regional FA, was last seen in public during the negotiation over the severing of the contract of ex-Black Stars coach Goran Stevanovic.

His death creates a huge void that the GFA would find difficult to fill.

May his soul rest in peace.