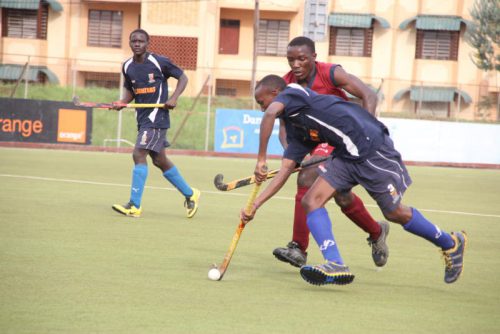 14 clubs from four countries namely Ghana , Eqypt, Nigeria and Kenya will be competing in the Africa Cup of Nations for Club Champions from November 24-30.

Training began this week ahead of the showpiece next week. Marketing and media committee member, Dennis Ababio says everything is in place to host the tournament.

“I think a lot has been underway and we are geared up for the event from the 24th to the 30th of November”, he said in an interview with Joy Sports.

“This is the Africa Cup of Nations for Club Champions and it’s the champions in the hockey playing countries in Africa who come together to play a tournament to get a winner for Africa. So we have clubs from Eqypt, Kenya, Zimbabwe, Zambia, Nigeria, Ghana.”

He further explained the reason why the Hockey Association could not get enough countries to participate.

“This time because of the adverse effects covid had on sporting activities, we couldn’t get enough countries to participate but then four countries have been able to submit registration to compete. So we are converging here to have this event and like I said, it’s the Africa Cup for Club Champions so we are looking forward to Ghana to win most of the medals.”

Ababio also outlined some of the benefits Ghana will enjoy as a result of hosting the tournament.

“Ghana has had an infrastructure uplift, when you look at the blue hockey turf, it was recently constructed so it’s going to give a notice to the world that Ghana has embarked on some infrastructure uplift. Besides that, we are going to have a lot of the players who play in the various clubs have more test matches with different players from other countries to prepare themselves for the Africa Cup of Nations which is in January”

He continued: “Also, ACCC being hosted here is going to bring all people from Africa come to Ghana to experience the famed hospitality we boast of.

“When it comes to hockey, everybody is very particular about tournaments which are being hosted in Africa because you know, when they come here the feeling is different, the hospitality is different, the welcoming atmosphere is even different so we are very up for it, ” he concluded.