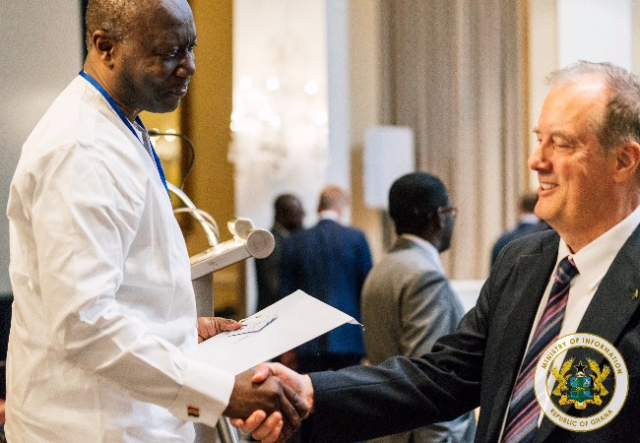 Speaking on Joy FM’s Super Morning Show Friday, Prof. Eric Osei- Assibey who is with  the Economics Department of the University of Ghana called for fiscal discipline to sustain the present gains which have helped Ghana wean itself from the IMF.

The IMF has set March ending as the date for its Executive Board to carry out its final review of Ghana’s Extended Credit Facility programme before approving of its exit.

A pass would lead to the successful conclusion of the programme on April 3, 2019. This is the country’s 16th IMF programme since independence in March 1957. The previous one was completed in 2006 under the NPP administration of President John Kufuor.

This was after the Fund’s staff mission to Ghana completed discussions with government which could be described as the final staff review on the Programme.

According to the IMF staff mission led by Annalisa Fedelino, government has made “good progress implementing the Extended Credit Facility -supported programme.”

But Osei-Assibey said the key question is whether Ghana can sustain the gains made so far.

“More needs to be done to ensure that as a country we never go back to the IMF. We know the issues that take us to the IMF and everyone must play their role effectively to safeguard against that,” he told sit-in-host Animwaa Anim Addo.

He urged government to resist the pressure that comes with elections to ensure that it does not spend outside the budget, urging it to guard against fiscal indiscipline, reckless expenditure, and revenue underperformance.

These he said must be done without unduly burdening the people.

“We should know that the people will be expectant, will be looking to see their roads fixed, looking to seeing that they have three square meals, so the government must increase revenue mobilization because at the end of the day you cannot cut expenditure just because you want to achieve fiscal discipline,” he said.

He also called on citizens to live up to their responsibility of ensuring that they pay enough taxes to check revenue underperformance, which is also a key reason that can push government to seek external support.