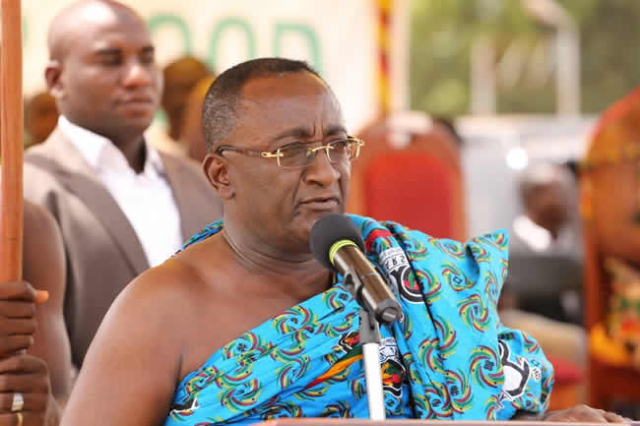 The Food and Agriculture Minister, Owusu Afriyie Akoto, says the Government’s flagship programme-Planting for Food and Jobs (PFJ) has so far witnessed tremendous successes with 150,000 tonnes of food items produced in 2018.

The Minister, however, said one major challenge that was facing the programme was how to manage the excess produce from farmers; hence government went to Brazil last year, to buy a machine that could help rice farmers to process paddy rice to ensure value addition and prevent wastage.

Dr Afriyie Akoto announced this at the official media launch of the 2019 African Green Revolution Forum (AGRF) at the Accra International Conference Centre on Monday.

He said with 50 per cent government subsidy on fertilizers for smallholder farmers, a farmer who was previously producing three bags of rice per acre was now producing 10 bags.

He was of the conviction that the PFJ initiative would be a turning-point for the country’s agricultural sector to create jobs, increase incomes of farmers and ensure food security, assuring that, the nation should expect a bumper harvest this year.

The week-long forum would discuss policies, programmes and investments needed to solve the major challenges affecting the agricultural sector in Africa.

The participants would share ideas and mobilize billions of dollars from both public and private investments towards transforming the sector to create jobs and improve the income of farmers.

It will also evaluate how far the African Continent has progressed in the past decade and look at ways to jumpstart what needs to be done differently in the next five to 10 years, to put Africa’s agriculture on a new footing with digitization, as a key driver to the agricultural transformation.

The event will attract 2,300 delegates from Africa and across the globe, including Heads of State, Ministers of Agriculture, Central Bank Governors, captains of industry, development partners, representatives of farmer organizations, youth entrepreneurs and other critical stakeholders.

It is being held under the theme: “Grow Digital: Leveraging Digital Transformation to Drive Sustainable Food Systems in Africa”.

Madam Leticia Osafo-Addo, the Managing Director of Samba Foods Limited, a Ghanaian agripreneur, in the production of “Shito” (pepper paste), gave account of how she started her business, amidst criticisms and ridicule from sections of the public due to her high educational standard.

However, she said, she was not perturbed by those criticisms and leverage on technology to produce high-quality products, noting that, she was currently producing 50 tonnes of “shito” per year and supplying to the various fast food joints across the country and abroad.

She underlined the need for agribusinesses and agripreneurs to undertake research and product development in order to compete favourably on the international market.

He said there must be technologies that are fit-for-purpose to enable smallholder farmers to apply them in their farms to increase yield and improve their incomes.

Currently, there are more than 250 million farmers across the African Continent, therefore key issues that would emerge from the discussions would help in transforming the agricultural sector, improve incomes and create jobs for the populace.