Ghana’s debt would have stood at 68% of GDP if COVID-19, others were excluded – Bawumia 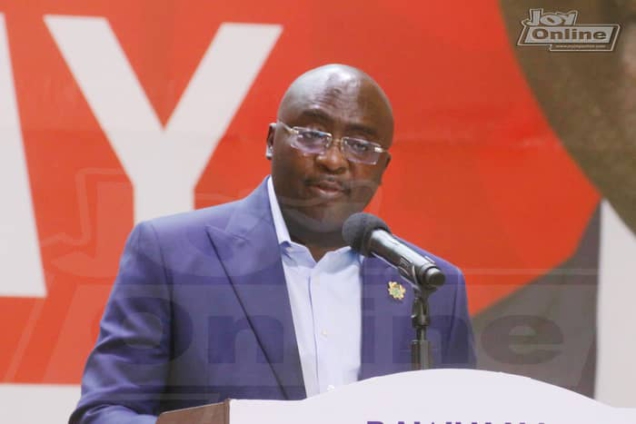 Ghana’s debt would have stood at 68% of Gross Domestic Product if COVID-19, Financial Sector and Energy Sector debts were excluded.

This means the public debt stock will have been lower than ¢300 billion as of the end of December 2021.

According to Vice President, Dr. Mahamudu Bawumia, Ghana’s debt increased by17.6% of GDP between 2019 and 2021 because of the aforementioned debts.

Speaking on the “State of the Economy”, Dr. Bawumia said “because of COVID-19, GDP growth was virtually zero in 2020, and this is also bound to increase the debt to GDP ratio other things being equal with a lower base”.

He cited the World Bank statement that attempt by governments across the world to provide livelihood and stimulate their economies has meant higher fiscal deficits and debt levels globally.

In examining the economic fundamentals further, the Vice President said sizeable discretionary support, along with a sharp contraction in output and an ensuing fall in revenues, has led to a surge in government debt and deficits, and as such in 2020, global government debt increased by 13 percentage points of GDP to a new world record of 97% of GDP.

On inflation, Dr. Bawumia said the path of inflation in Ghana has been similar to those of other countries following the COVID pandemic.

He also blamed the rising prices of food and other goods to the Russian/Ukraine war and COVID-19 pandemic, as the major trigger of inflation.

According to him, the countries and economies throughout the world are experiencing severe challenges following the COVID-19 pandemic and the more recent Russian-Ukraine war.

“The pandemic which started early 2020 resulted in the greatest economic depression in the world since the 1930s with most countries in the world recording negative GDP growth rate. Supply chain disruption and the rising price of oil, which up to a high of $130 this year, has resulted in major increases of fuel across the globe with petrol prices doubling in most countries.”

He also said food prices have not be left out, outlining that the Food and Agriculture Organisation Global Food Price Index increased from 95.1% at the end of 2019 to 140.7% in February 2022.

He also pointed out the increase in commodity prices have been exacerbated by the  Russia/Ukraine conflict.

“In Ghana, 30% of our cereal grains, wheat flour and fertiliser is from Russia, 60% of iron rods and metal sheet imports is from Ukraine, 20% of Ghana’s manganese exports is to Ukraine”, the Vice President added.

Inflation in some selected countries (%)

DISCLAIMER: The Views, Comments, Opinions, Contributions and Statements made by Readers and Contributors on this platform do not necessarily represent the views or policy of Multimedia Group Limited.
Tags:
Debt
Dr. Mahamudu Bawumia
Inflation
State of the Economy