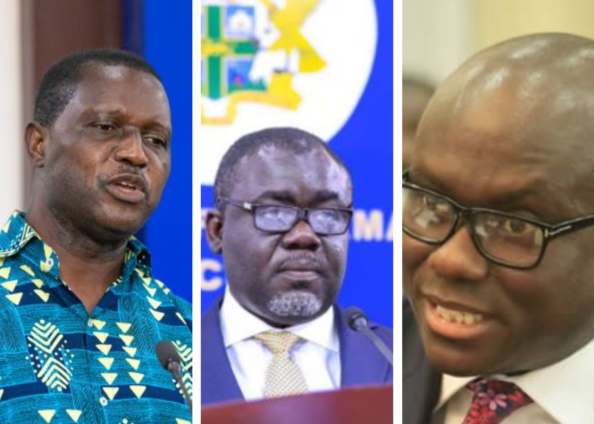 This is according to a survey conducted by FAKS Investigative Services on the performance of Ministers, Deputy, and Regional Ministers.

The trio secured 92.61 % ratings each from the respondents.

Executive Officers (CEOs) of the State-Owned Enterprises (SOEs) in the country.

The 2021 survey which is the 10th edition took place between October and December.

FAKS gave Ghanaians the opportunity to rate the performance of the various government appointees within the year.

Some deputies who also made it to the list were Deputy Lands and Natural Resources; George Mireku Duker, Martin Adjei Mensah-Korsah; Local Government, Tina Gifty Mensah; Health, John Ntim Fordjour; Education among others.

The list also captured the best parliamentarians for the year which Ningo Prampram’s Sam George adjudged the overall best MP.