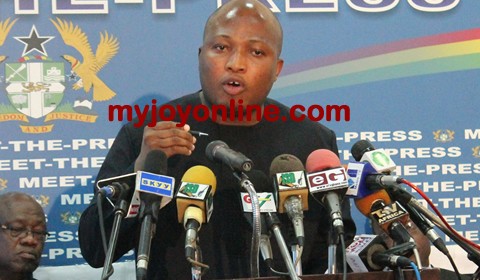 The government has described as hypocritical comments by the New Patriotic Party flagbearer Nana Akufo Addo that the judgement debt being demanded under President John Mills would not have passed under his watch.

At a news conference to expose details of “shocking judgment debts” hanging around the neck of the country, Deputy Information Minister Samuel Okudzeto Ablakwa said Nana Addo presided over the payment of judgement debt as Minister under the erstwhile Kufuor regime.

He produced a letter signed by the NPP flagbearer when he was serving as Attorney-General and Minister of Justice in the Kufuor administration, recommending that the Ministry of Finance should effect payment of about $ 1.1 million to the Great Cape Company of Switzerland.