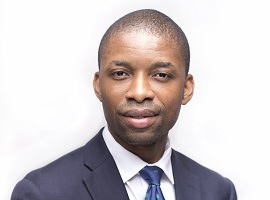 Government says a new policy initiative being rolled out for the housing sector will help deal with deficit and ownership issues.

The National Mortgage and Housing Finance Initiative is expected to provide more affordable housing schemes and flexible financing options to help workers own their own homes in the country.

According to him, government is committed to putting in place the required structures to deal with this challenge.

However, he maintained the current challenges in the mortgage, and housing space can be attributed to a market failure.

Details of the National Mortgage and Housing Finance Initiative

The National Mortgage and National Finance Initiative, which was first announced in the 2018 budget statement, was broadly aimed at addressing the demand-side challenges in the housing market in Ghana as a key pillar of its Ghana Beyond Aid Agenda.

The Fund is piloting on two schemes: National Mortgage Scheme and Affordable Housing Real Estate Investments and Rent- To- Own Scheme.

The focus is to address the demand side of the Challenges to homeownership in the country.

Government through the scheme is hoping to revive and stimulate the mortgage and housing financing market.

It also hopes to use this Fund to promote affordable housing that will enable Rent-to-Own Schemes while promoting legislation for mandatory contributions from workers, with a fiscal incentive to the facility.

Addressing the Housing Challenge and programs put forward by government…..

According to Sampson Akligoh, these new initiatives should go a long way to deal with challenges facing the sector as well as workers in the public sector.

He noted that looking at the challenges facing the industry, it might take a little longer to address all the inherent issues.

Concerns of players in the housing sector.

Speaking on the same program, Executive Secretary of the Ghana Real Estate Developers Association, Sammy Amegayebor, noted that despite several policies the country’s housing deficit is getting worse and something should be done about it.

“It’s the projecting of the industry that, the country’s housing deficit could hit beyond  2 million by the end of this year,” he added.

He noted that the deficit has basically to do with the “low end” market in the country, however when it comes to the middle class and upper “space” there appears to be a little challenge there.

He also highlighted access to long term funding at a competitive rate as being their major challenge.

Mr. Amegayibor added that Ghana’s problem is that enough has not been done when it comes to social housing.

On his part, the Managing Director of Republic Bank, Farid Antar, noted that mortgages are a little bit expensive because of challenges in long-term funds and the cost of securing cheap funds.

He maintains that any attempt by the government to reduce the cost may go a long way to help the banks manage the situation.