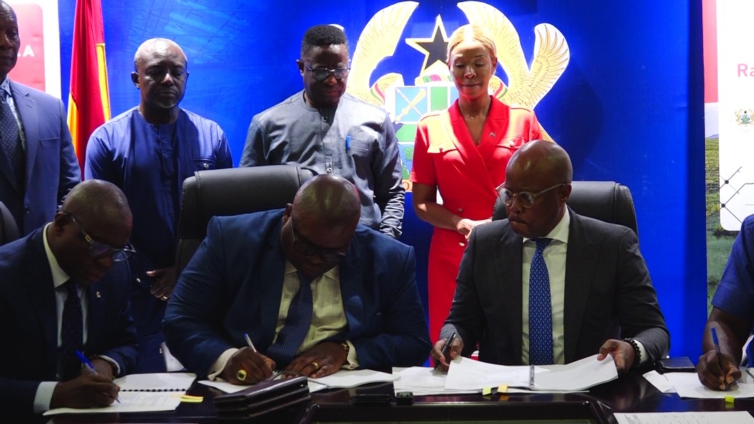 Government has signed a $3.2 billion agreement with South African firm, Thelo DB, to upgrade infrastructure on the western railway line.

This is expected to ease transport of mineral resources.

The move when successful completed will be one of the biggest investments in the country’s railway master plan which is in its first phase of implementation.

Speaking at a short ceremony to sign the agreement, Minister for Railways Development, John Peter Amewu, assured that the project will help reduce the cost of transporting goods along the corridor as well as reduce traffic pressures on the road.

“The development of the western railway line forms part of first phase of the railway master plan and is critical to the success of the integrated aluminum industry that is being promoted by government”.

The neglect of the western railway line has left many roads in the region to deteriorate due to the frequent haulage of natural resources on the roads from the region to other parts of the country and the ports.

Under the agreement, Ghana Railway Company will act as the rail operator and Thelo DB Consortium will play the role of a rail manager with the Afriexim Bank as financier.

Board Chairman for Thelo DB, Ronnie Ntuli, believed the project will be a key infrastructure for the implementation of the Africa Continental Free Trade Agreement.

According to him, transportation infrastructure is very important to the continent considering the impact of the movement of goods and services.

President of the Afriexim Bank, Professor Benedict Oramah applauded the government for taking such a bold initiative despite the harsh economic environment.