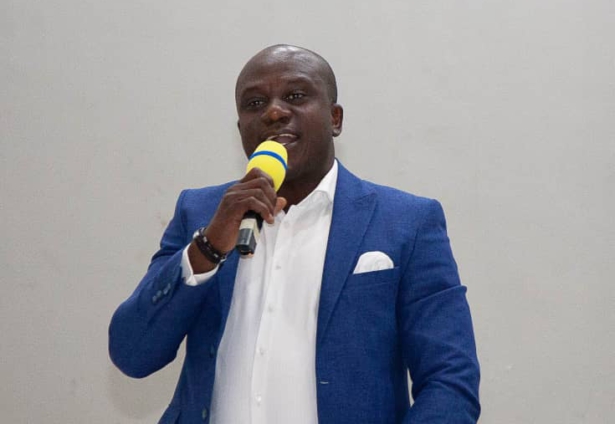 The Liquefied Petroleum Gas (LPG) Marketers Association has dismissed the government’s assertion that it is working assiduously to ensure that at least 50% of Ghanaians have access to safe, clean and environmentally friendly LPG by 2030.

Speaking at the launch of the National LPG Promotion Programme in Obuasi, Ashanti region, a Deputy Energy Minister, William Owuraku Aidoo, said the government over the past years, has undertaken programmes, activities and initiatives toward promoting use of LPG.

The Deputy Minister, who is also the MP for Afigya Kwabre South in the Ashanti Region, noted that the various promotional programmes carried out by the government over the years have led to some major investments in the LPG sector.

“We have a more ambitious target. In the National LPG Promotion Policy, Government has set a target that at least 50% of Ghanaians should have access to safe, clean, and environmentally friendly LPG for domestic, commercial and industrial usage by 2030.”

But Vice President of LPG Marketers Association, Gabriel Kumi disagrees, saying, government narratives are not in sync with the realities on the ground.

“We are delighted that government has such an objective, but unfortunately government narratives are not in sync with the realities on the ground”.

“We are quite sure that if the minister was aware that consumption of LPG is down he wouldn’t have made such statement. If the government do not take bold steps and measures, achieving the target won’t be possible”, Mr. Kumi pointed out.

He told Joy Business LPG consumption will go down by 15% compared to that of last year due to the high price of the commodity.

“What has been the growth after the objective? In the past three years, we have been hovering around 26,000 metric tonnes per month since that objective was set. Unfortunately this year, consumption of LPG has taken a nose dive.

“There is a decline of almost 11% and that will be impossible for us to achieve that kind of objective. As we speak, LPG consumption, is in a serious decline in Ghana. If you are selling a kilo of LPG for  11, how do you expect to grow?” he explained

The National Petroleum Authority had anticipated to start the Cylinder Recirculation Module from the second quarter of next year. Already, a pilot project on the recirculation module in six regions of the policy has taken place.

Mr. Kumi responded, saying, the policy will never increase the consumption rate if the price of LPG does not go down.

“This is not to say that we don’t want government to bring out policies. We are not prepared to fight government on the policy level, but if the policy is made in a way that’s affecting our members and affecting Ghanaians we would have to speak out. We are saying that government is not in tune with the realities on the ground because the fact is that consumption of LPG in Ghana is under serious decline”

“Our projection is that by the end of this year [2022] if measures are not taken to reduce the prices of LPG we expect that consumption of LPG will go down by about 15% compared to that of last year”, he mentioned.

Mr. Kumi further said that consumption of LPG has been declining in the last three years, despite a growth in the population.

“For the past three years, our population have grown but consumption is declining. So that tells you that the 25% growth in 2019 will no longer hold. We are sure we are hovering around 22% or 23%, so the 50% is impossible to achieve that growth if the government do not take serious measures to ensure that the price of LPG goes down.”

“Government should take out the 16% or 17% of taxes on LPG for consumers to be less burdened”, he concluded.