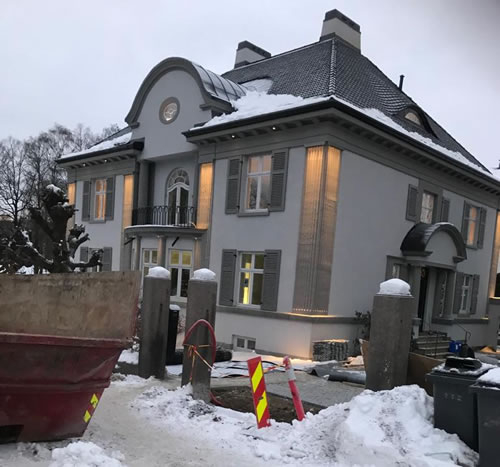 The Foreign Affairs Minister has said government is still considering plans to buy a property in Oslo Norway to serve as a chancery for the Ghanaian embassy there.

Shirley Ayorkor Botchwey justified the reason for government buying a property there instead of renting.

“We have opened a mission in Oslo with an ambassador resident, we have the full complement of staff in Oslo. There is definitely the need for us to buy a property because it is a very expensive city.…Norway is a very expensive country therefore there is a need for us to buy than rent,” she told journalists at the Meet-The-Press series in Accra, Tuesday.

In December 2018, Minority spokesperson on Foreign Affairs, Samuel Okudzeto Ablakwa, alleged that government had bought a $12m property in Norway to be used as an Embassy.

He said the cost was inflated claiming only a year before that time, the property was bought for $3.5million. He presented documents on the floor of Parliament to back his claim of malfeasance at the Foreign Affairs Ministry.

But the Speaker of Parliament, Prof. Mike Oquaye, rejected his evidence ruling they were unreliable.

In a heated response to the North Tongu MP outside the Floor of Parliament, Mrs Ayorkor said an offer for the purchase of the building was made but it had not been accepted.

Former Deputy Finance Minister, Mona Quartey, told Joy News she also found it difficult to wrap her head around government’s plan to buy the property at a cost of $12 million.

The finance professional had insisted government could surely save more money by getting another property for far less to be used for the same purpose.

Responding to the comment, Communications Minister Ursula Owusu-Ekuful said the property is a huge bargain at $12m because available market valuation puts the price as high as $100 million.

She discounted Mr Okudzeto’s claim that the building was valued at $3.5 million in 2017.

Answering questions on the issue at Tuesday’s Meet-The-Press, although the Minister did not mention how much it would cost to obtain the property, she said embassies in the area are paying €45,000 a month just for a chancery and we can’t sustain that.

For now, the Ambassador is in a rented one-bedroom apartment, the chancery is in an office block and officers are working from there but subsequently I think the decision will be made to purchase and we’re working towards that”.

Listen to the Minister