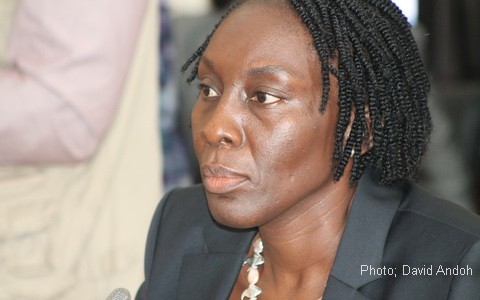 The Attorney General and Minister of Justice has been dragged to court over the retrieval of a 51 million cedis  judgement debt paid to businessman Alfred Agbesi Woyome.

A suit filed by civil society group, CitizenGhana Movement (CGM) at the Accra High Court seeks an order from the court in the nature of a mandamus, to compel the Attorney General to immediately go into execution of judgment of the Supreme Court.

The CGM also wants the Court to order the AG to take such lawful steps to confiscate the assets of Alfred Agbesi Woyome.

The embattled businessman was acquitted and discharged in March on the counts of causing financial loss to the state and defrauding by false pretence, after he was accused of illegally receiving 51 million cedis for his role in the construction of stadia for the CAN 2008 tournament held in Ghana.

Presiding judge John Ajet-Nassam said the State failed to prove its case in the 51 million cedi judgment debt case it brought against him, describing prosecution’s handling of the case as sloppy, shoddy and lousy. He said the Attorney General’s Department only succeeded in wasting the time of the court.

Attorney General and Minister of Justice has made the strongest indication yet that the state will retrieve the GHC51 million judgment debt “illegally” paid to Alfred Agbesi Woyome.

Mrs. Marietta Brew Appiah-Oppong said the state will not relent in pursuing the case at the highest court of the land, the Supreme Court, and will make sure that the money which has been a subject of controversy for years is refunded.

But for two years the money is yet to be retrieved. Only last week a native of Hohoe Zongo in the Volta Region Abdulai Yusif Fanash Muhammed is challenging the decision of the Supreme Court asking Woyome to return 51.2 million cedis to the state. He argued the court lacked jurisdiction to hear the case involving Alfred Agbesi Woyome and to make the orders it made.

President Mahama at a press conference yesterday indicated that the push to retrieve the money has been jolted again by the court suit.

But CGM is not impressed. The group which had petitioned the AG twice last year for update on the issue but did not get response, does not understand why a court order has not been sought to confiscate the properties of Woyome and retrieve the money.

Spokesperson for the group Kathy Addo told Joy News, they will explore every legal option to ensure the money is paid back to the state by Alfred Woyome.

“July 2014 to December was a long time enough for the the money to have been retrieved. It is a bit hollow to come back and say that someone has filed a something else [suit] at this point,” Kathy Addo stated.

She added that “as far as the group is concerned the SC has asked Mr Woyome to return the money and that is what we are going with.”