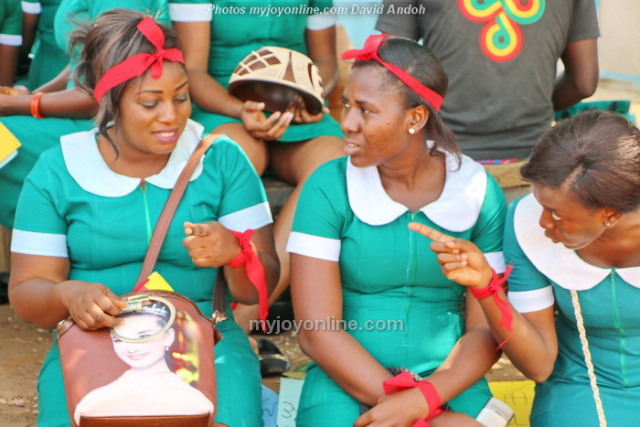 The Ministry of Health (MOH) has assured agitating nursing trainees that they would soon be posted once an updated list is received from the Nursing and Midwifery Council (NMC).

The trainee nurses have been agitating against the government for reneging on its promise to give them postings during the 2016 electioneering campaign.

Mr Elorm Ametepe, the Public Relations Officer of the Ministry, told the GNA that the Ministry was yet to receive an updated list of the trainees from the Nursing and Midwifery Council (NMC) hence the delay.

He said an earlier list received from the NMC did not capture the details of the about 500 trainees who are yet to be posted.

According to him, the Ministry has sent an official letter to the NMC requesting for the updated list of the number of trainees to be posted.

He said feedback from the NMC on the updated list was expected by the close of Tuesday.

The list will then be verified and taken to the Ministry of Finance for financial clearance before postings of the trainees to their respective facilities are done, he said.

Mr Ametepe said, “room shall be made for them to register on the portal after the closing date on the 29th March.”

He assured them that their issue was under control and it's being treated with the necessary urgency it deserved and expressed the hope that the challenge should be resolved by Friday, March 29.

He advised the nurses to channel their grievances through their leadership to the Ministry and avoid picketing and sleeping in the open overnight to have their problem rectified, saying it was detrimental to their health.

The aggrieved nurses were trainees from various nursing Training realized across the country who sat for their Licensure examinations in February 2016.

These trainees after the one-year mandatory national service had not been posted.

However, in their quest to update their details for postings, they realised that about 500 of them could not find their names on the list even though that of their juniors who completed August the same year have had their postings.

The dissatisfaction led to the nurses picketing at the entrance of the Ministry on Monday to express their grievances.