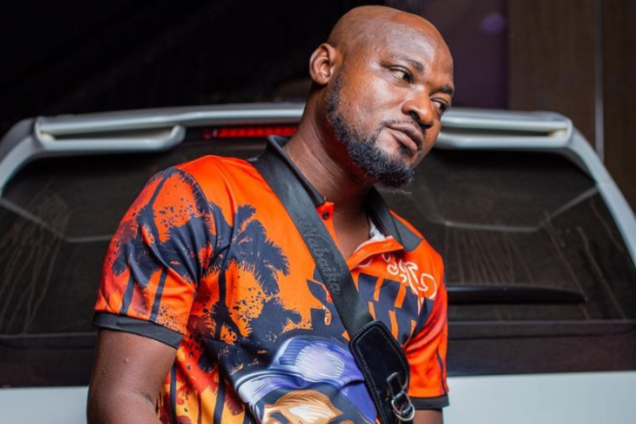 Comic actor Benson Nana Yaw Oduro Boateng aka Funny Face, has pleaded with the Kaneshie Court to assist him in apologising to another comedian, Kwadwo Nkansah, aka Lilwin.

According to Benson, he had earlier threatened to beat Kwadwo Nkansah at the Studios of United Television (UTV).

He said he had so much pain in him hence his actions.

When the Court presided over by Oheneba Kuffuor asked Mr Nkansah whether he understood what Funny Face had said and the Court proceedings, Lilwin told the court that he, unfortunately, did not understand the big English spoken in court.

Lilwin’s response sent the audience at the Court laughing.

“I have forgotten about our difference a long time ago,” Lilwin told the Court.

He told the court that he and Funny face were in the same industry, and he “has forgotten about their differences.

Lilwin was in court to sympathise with Funny face.

Court advised him to take his medication, and he should not be influenced by social media.

Funny face is before the Court on a charge of the threat of death.

He is accused of threatening to kill his ex-wife, Lizzy and Vanessa, his girlfriend, and suicide on Instagram.

Funny face has been remanded into Police custody pending the conduct of psychiatric examination and substance abuse examination.

His plea was not taken, and he is expected to reappear on November 10.

DISCLAIMER: The Views, Comments, Opinions, Contributions and Statements made by Readers and Contributors on this platform do not necessarily represent the views or policy of Multimedia Group Limited.
Tags:
Funny face
Lilwin