How much money did UK government spend to host 2022 Commonwealth Games? 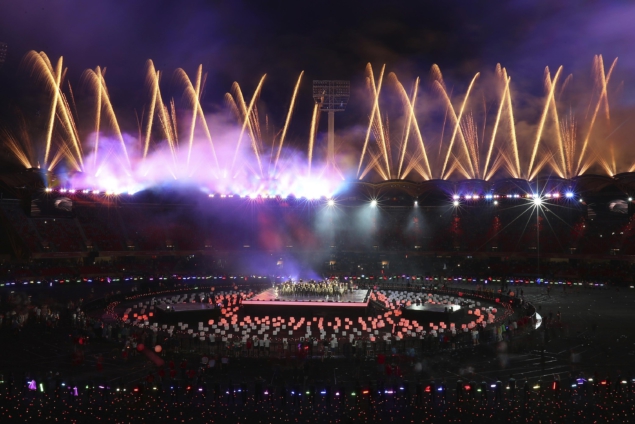 The Commonwealth Games 2022 officially got underway in Birmingham on Thursday (28 July), with an opening ceremony that included the likes of Lenny Henry and Joe Lycett.

Over 11 days of sporting action, 5,000 athletes from 72 nations and territories around the world will compete in 19 different sports.

Birmingham 2022 is the 22nd edition of the games, with the first having taken place 92 years ago in Hamilton, Canada.

But how much does it cost to host the Commonwealth Games – and where has the investment gone?

Here’s what you need to know.

Not only does the host city and region need additional or updated infrastructure – both to facilitate sporting action and get spectators to and from them – but cash is also needed to fund everything from security to food and drink at the event.

In 2019, the Commonwealth Games Federation – the organisation that oversees the competition – revealed that the Birmingham 2022 games would receive an estimated £778 million in public funding.

This amount is almost £200 million lower than the £967 million the previous edition of the Commonwealth Games on the Gold Coast of Australia cost to run in 2018.

It is also a fraction of the price the UK paid to host the London 2012 Olympics, which cost almost £9 billion.

The final figure for Birmingham 2022 is unlikely to be known until a year or two after the event.

But there are fears that Birmingham Council could suffer a potential budgetary shortfall as a result of its share of the cost of the games.

In January, it was reported by the BBC that the local authority was expected to provide £184.2 million for the event, £75 million of which was due to come from what were referred to as ‘partners’.

However, it had only been able to recoup £50 million of this investment.

What is Commonwealth games money being spent on?

One of the key aims for the organisers of the Commonwealth Games is to leave behind long-term infrastructure that can support the host city and its citizens.

Or, in other words, a legacy.

In Birmingham, two of the major projects are:

The city will also have its Perry Barr area revamped over the coming years – with additional non-Commonwealth Games cash coming from local and national government – and has already started operating Sprint buses as a result of its Commonwealth Games funding.

These buses are intended to offer more reliable journey times as they will operate in dedicated bus lanes, as well as better quality transport – they offer free Wi-Fi and better air conditioning than existing buses, the council says.

DISCLAIMER: The Views, Comments, Opinions, Contributions and Statements made by Readers and Contributors on this platform do not necessarily represent the views or policy of Multimedia Group Limited.
Tags:
Birmingham 2022
Commonwealth Games